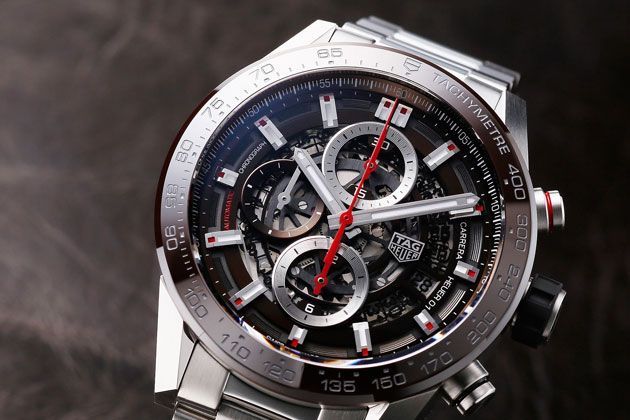 “TAG Heuer” is one of the luxury watches. In particular, let’s showcase the abundant variations of the popular model “Carrera”, which is supported by many men.

“TAG Heuer”, which is closely related to the sports scene 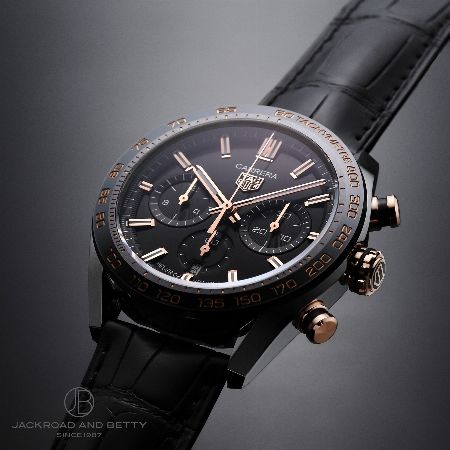 “TAG Heuer” was born in 1860 by Eduard Heuer, a German-Swiss person, in Saint-Imier, Switzerland. Initially prominent in the field of stopwatches and sports watches, the world’s first sports stopwatch, Micrograph, made in 1916, shocked the world. A number of innovations eventually led to being the timekeeper for F1 and IndyCar racing. The trust that has been nurtured through a long-standing relationship with sports competitions is still unwavering.

One of the most popular models of “TAG Heuer”. What is the charm of “Carrera”? 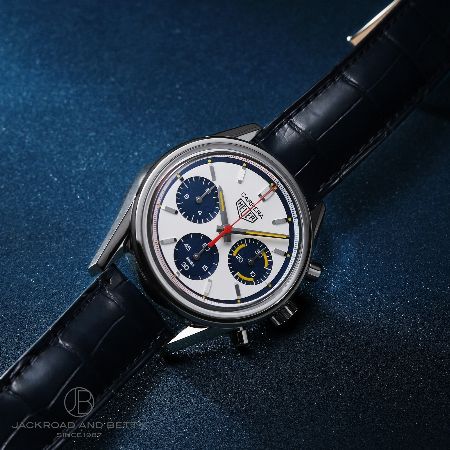 In 1963, the first TAG Heuer chronograph was born. That is “TAG Heuer Carrera”. The source of inspiration was “Carrera van Americana Mexico”, a legendary motor race that runs between the United States and Mexico. The appearance of running through the land of Mexico, which was still poorly paved at that time, over five days is truly overwhelming. The current Honorary Chairman, Jack Heuer, has created a wristwatch that does not impair visibility and functionality even in the toughest races of such casualties, and has been praised by drivers all over the world. 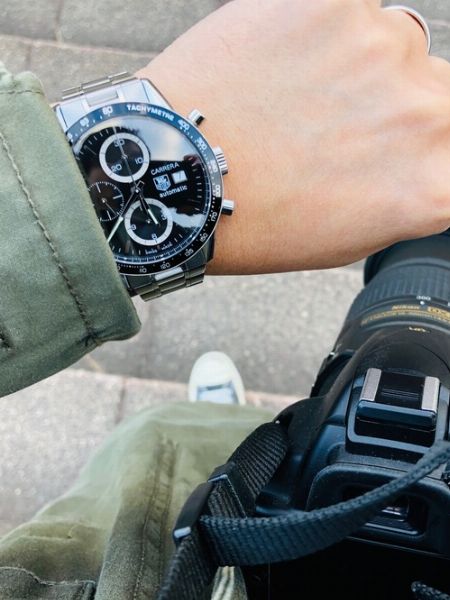 Racing spirits that flow at the root of “Carrera”. The sporty design created from it can be expected to play an active role regardless of whether it is on or off. Not only does it match a neat suit style, but it is also suitable as a tightener for casual styling. For example, if you set it on the sleeve of M-65, which gives off a military feel, it will inject modern air into the mellow feeling. There is no loss if you incorporate it into the rotation as one for everyday use.

Even if you say “Carrera”, there are various variations, sometimes incorporating the trends of the time and sometimes looking back on the famous machines of the past. However, every model has a history of motorsport at its root. A lineup of 16 pieces with excellent design and functionality. 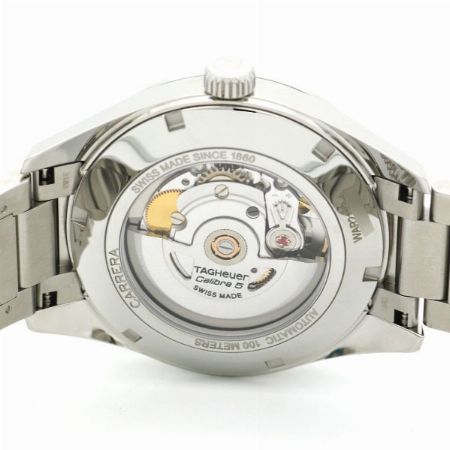 Speaking of caliber 5, it is the core movement in “TAG Heuer”. Although there are changes in specifications such as changing the base from ETA’s products to Sellita’s products, it is still used in many models as a reliable mechanism. As the name suggests, this orthodox model of “Carrera” is also equipped with the same movement. The bezel, which gives off a beautiful luster with a polished finish, is set slender to match the universal contents, creating a sophisticated look such as making the dial look bigger. 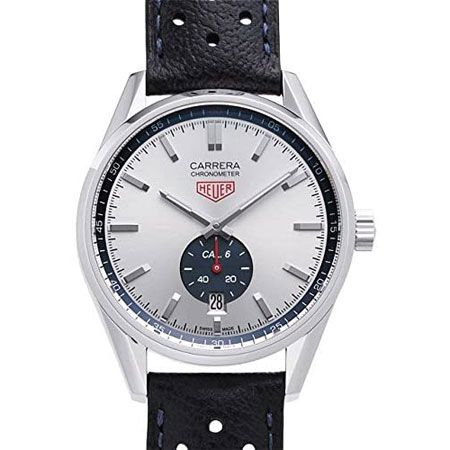 The matte texture of the index, the straight and solid design, and the basic three-needle structure with practicality in mind are reminiscent of a good old vintage watch. The combination of metallic blue and silver is also very exciting, and although it will be a different model, you should be able to feel the enthusiasm for motor racing that the first “Monaco” showed. Correspondingly, the calf belt is finished in deep navy blue and has the punching process found in racing watches. 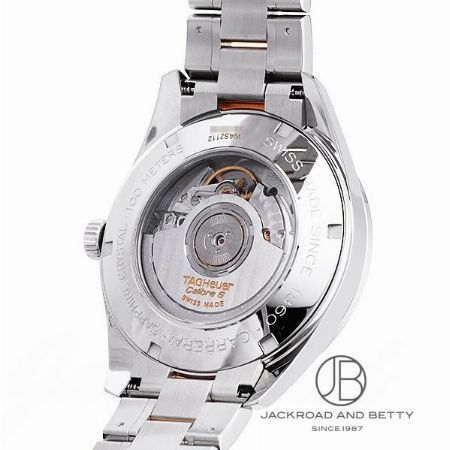 Caliber 6. A derivative movement of the above caliber 5. By arranging a small second at 6 o’clock, it has a finish that makes you feel elegance in the sportiness that is the weapon of caliber 5. Taking full advantage of the charm of the caliber, the “Carrera Heritage” 3-needle model strongly inherits tradition and innovation in its design. One of the features is the Franke decoration that spreads in a ripple pattern on the dial. A unique accent that even gives a dress feeling is added to the minimalist design. The pink gold treatment that casually appeals to the sense of luxury is also wonderful. 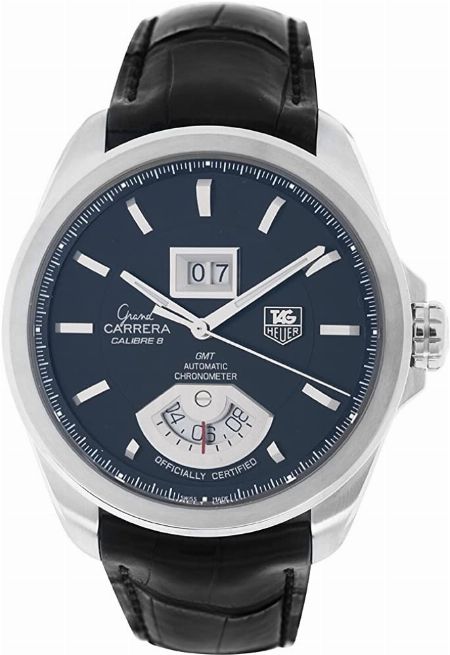 This GMT type is a model with a strong sporty color in the “Carrera” collection. Instead of adding one GMT hand like a general GMT, adding a rotary GMT dial at 6 o’clock makes it possible to instantly determine the second time zone. In addition, a big digital date display, which is often seen in high-end models, is installed at 12 o’clock. The balance with the simple bar index is also exquisite, and it makes a good claim on the wrist. The caliber 8 installed is also sold with high precision certified by the Swiss Official Chronometer Inspection Association (COSC). In practical terms, it’s perfect. 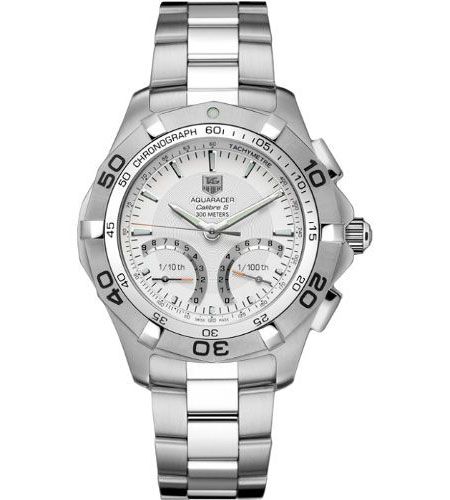 A unique model with two semi-circular counters. The movement incorporates the Caliber S, which was originally planned, developed and patented by the company. It is a truly epoch-making wristwatch “engine” that combines a mechanical movement with 230 parts and a high-performance bidirectional micro engine that is independent for each hand and a quartz movement that keeps accurate time. The operation can be switched by the crown. Equipped with other functions such as lap time and perpetual calendar. 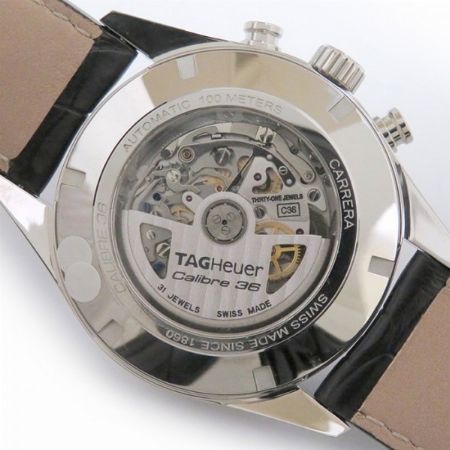 The biggest attraction of this work is the original double scale. The contrast between the dark gray antra sheet, which is close to black, and silver, is inspired by the vintage Heuer stopwatch. The flyback feature, which allows you to return the stopwatch to zero with the push of a push button, was also inspired by motor racing. The installed caliber is also high performance, and the accuracy is maintained at a high level by the frequency (36,000 vibrations / hour) exceeding the above-mentioned calibers 5 and 6. The power reserve also secures 50 hours. 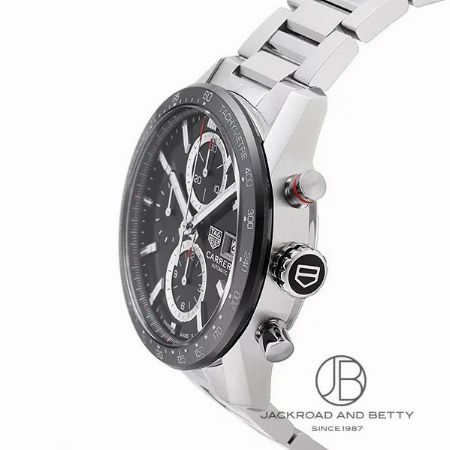 This tachymeter chronograph is the mainstay of the many “Carrera” collections. The rugged looks of the polished tachymeter bezel with red points inserted, and the sunray-finished black dial that supports it give a sense of speed rooted in motor sports. The appeal of this model is that there are a wide variety of “MOP (mother of pearl)” variations that can easily produce a sense of luxury. 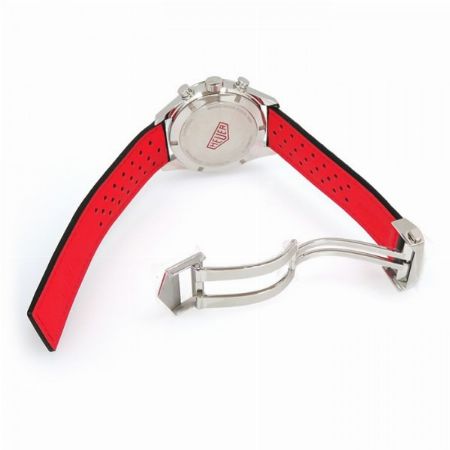 In the face of the two-counter chrono with a retro feel, the red that is tingling everywhere, such as the brand letters and chronograph hands, is an exquisite spice. The sapphire crystal windshield has a double-sided anti-reflection coating, showing its practicality without impairing visibility depending on the angle. The index is faceted and typeset by hand, and the hour and minute hands are coated with luminescent paint. In addition, this work is one of the highlights where you can talk about the “Heuer” logo that suits the classical features. 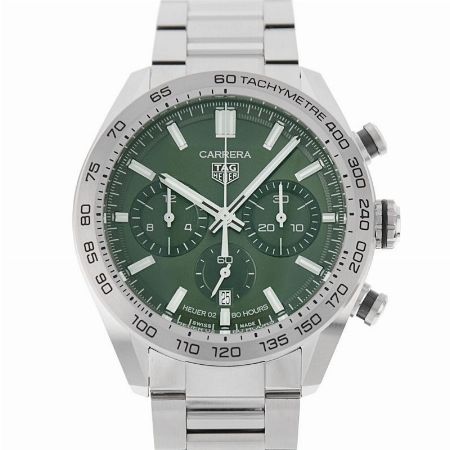 Despite its large diameter of 44 mm, this one has improved wearability due to the short lugs. It is equipped with the Heuer 02, an in-house caliber, and you can see its male figure from the see-through back. What I would like to pay attention to is the high-quality finish with finely selected polish and satin, and the green dial with a trend. The green is also a little light like military khaki, and it seems that you can wear it without hesitation. 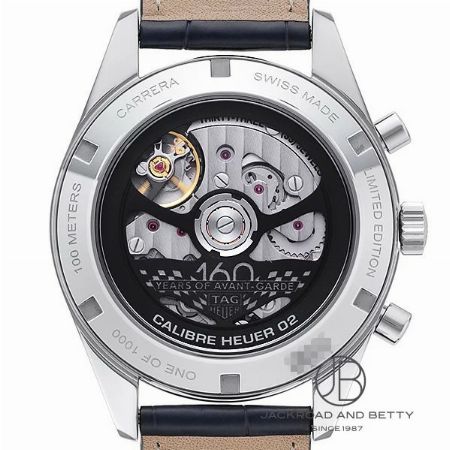 Anniversary model with a sporty contrast of blue indial with azure processing on an awakening white dial. The movement is Heuer 02. The 39mm classical size and the old shield logo create a good synergistic effect. The edgy rug and the high-quality features of the crocodile strap are comfortable. 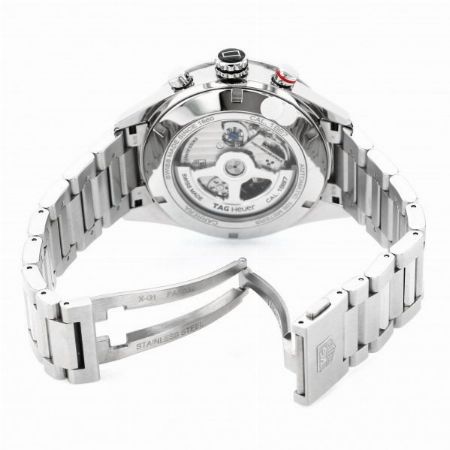 History tells us that the development of an advanced in-house movement was the cornerstone of the company’s position. The caliber 1887, an improved movement with significantly improved winding efficiency, is installed here as well. The ceramic tachymeter bezel is not only convenient, but also has a beautiful luster, and the motorsport-based “Carrera” fractional index further accelerates sportiness. 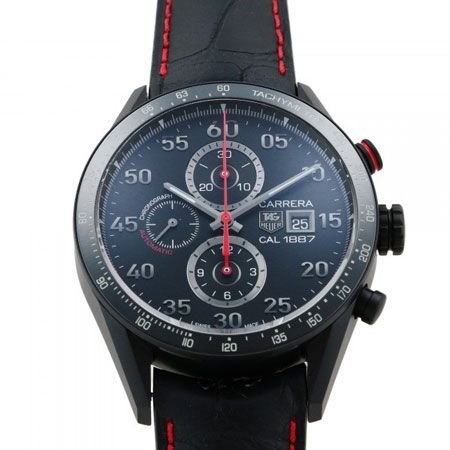 This elaborate and mechanical look reminds us of TAG Heuer’s deep connection with motorsport. The case, which is all black, is coated with titanium carbide and sandblasted to give it a matte and sophisticated look. The black alligator used for the band has an adult-like texture that is not too glaring, and the bright red lining enhances the sporty impression. 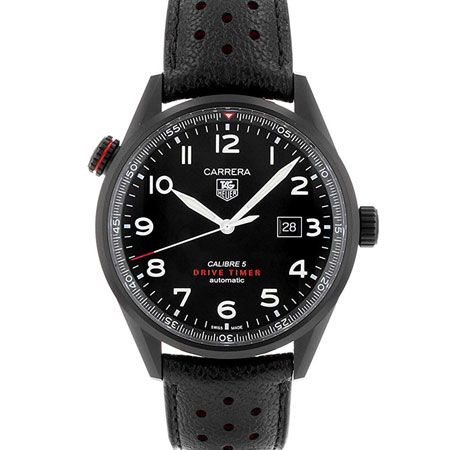 Although it is a sports watch, it is a drive timer that is always popular for its military-like looks. Titanium is used as the material, and it is comfortable to wear. The bar index and Arabic numerals are each coated with Superluminova, a top-class phosphorescent luminous paint, and the white hour and minute hands with night markers make it easy to see the time even at night. At 10 o’clock, it is equipped with a crown that can rotate the fringe with the added minute track. 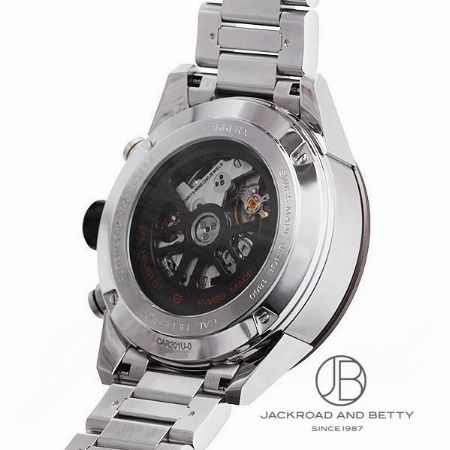 The stylish model with a black skeleton dial is by Jean-Claude Biver, who made the “Big Bang” series successful in Hublot. When you hear that, you can see the impression on the impressive red needle. From the rubber type that appeared in 2010, the strap has been changed to a stainless steel type, and the tachymeter bezel uses black ceramic with excellent scratch resistance. Coupled with the design of the dial, it has a three-dimensional and mechanical look. The movement is equipped with the Heuer 01, a caliber featuring a black-coated rotor and red column wheels. 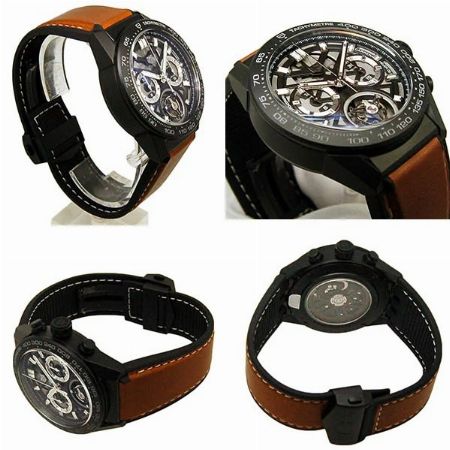 The tourbillon is one of the three major complex climates. The mechanism was created to reduce the disturbance of accuracy due to the difference in posture, but in modern times it is often sought after as a detail that symbolizes status, attracted by its delicate treatment. TAG Heuer broke the wall and attracted a great deal of attention, although some of them are often seen in the cloud brand and sometimes cost up to 10 million yen. The innovative tourbillon in the 1 million yen range uses a ceramic case to reduce its weight. It also has a power reserve of 65 hours, which makes it practical not only cheap but also the essence of a wristwatch. 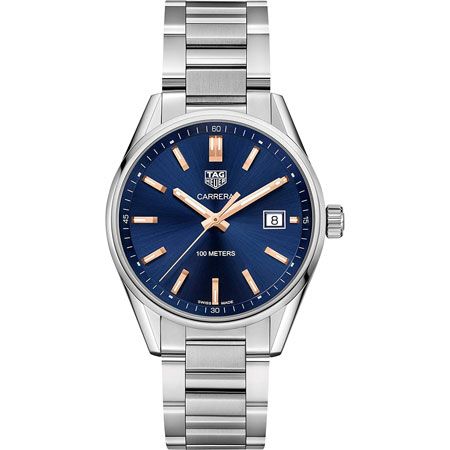 It looks very similar to the above “Carrera Caliber 5”, but this is a quartz type that is required more affordably. Moreover, as the name suggests, it will be a model for women announced in 2016. However, in reality, it is a unisex size with a diameter of 39 mm that even men can wear. The beautiful sunray-finished dial and yellow gold indexes give it a reasonably decorative look that looks great on the wrist of a suit. The finish of the breath is also wonderful.