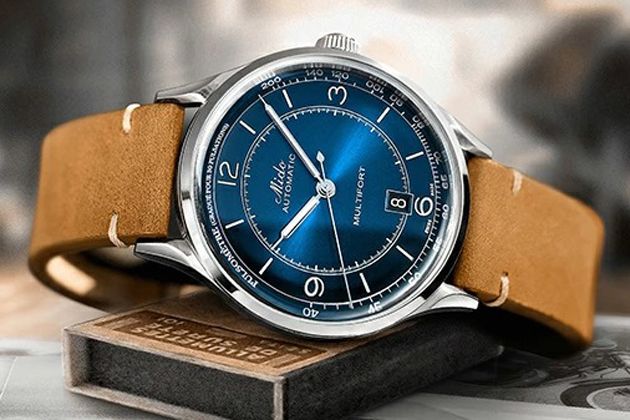 The home of watches, Switzerland. Among the many brands in the country, “Mido” offers high quality products at affordable prices. We will thoroughly verify the charm of the prestigious 100 years old.

A male practical watch that re-landed in 2016. Making “Mido” an adult choice

“MIDO” was born in 1918, about 100 years ago. Founded by watchmaker George Sharen, he has a workshop in Le Locle, one of the homes of the Swiss watch industry. The brand name is taken from the Spanish word “Yo Mido (I measure)”, which is an episode where you can feel the love of the founder’s watch. 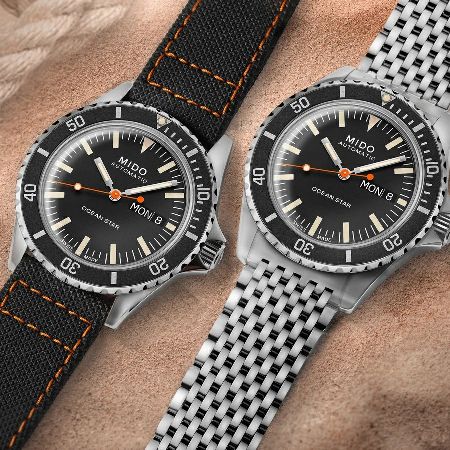 When this “Mido” was first established, it was popular for its elegant ladies’ models, but the reason why it was highly evaluated by watch lovers was its high technology. In 1930, a unique waterproof watch using cork material for the crown, and in 1934, a self-winding model equipped with a half-turn rotor was developed. That’s how it was.

Even now, it continues to offer elaborate mechanical watches at relatively affordable prices, and the brand is a conscientious presence among the ever-increasing Swiss watches. It became popular here in Japan in the 1930s, but then withdrew from the market. However, it re-landed in 2016, and many masterpieces are now available. “Mido” is the perfect brand for those who want a full-fledged mechanical watch that can upgrade themselves without overdoing it economically.

The growing popularity of “Mido”. Understand the appeal of the brand with 3 points

We will examine the reasons why we should pay attention to “Mido” from the three points of “history,” “design,” and “quality.”

“Mido” is a 100-year-old brand born in the early days of wristwatches. 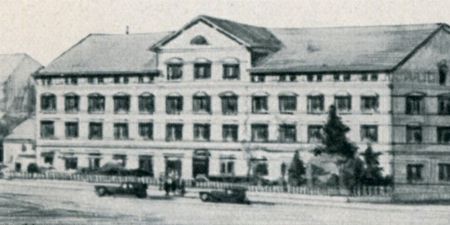 Le Locle, a Swiss city along the French border. This is the center of the Swiss watch industry, along with the adjacent La Chaux-de-Fonds. Famous watch brands such as “Cartier”, “Ulysse Nardin”, “Zenith” and “Tissot” have their workshops in this area. It was born in 1918, and what is currently based in this area is “Mido”. In the rise and fall of the watch industry, its history that has continued for 100 years is the result of high technology and excellent design. For a century, its commitment to traditional mechanical watches has established itself as a credible brand. 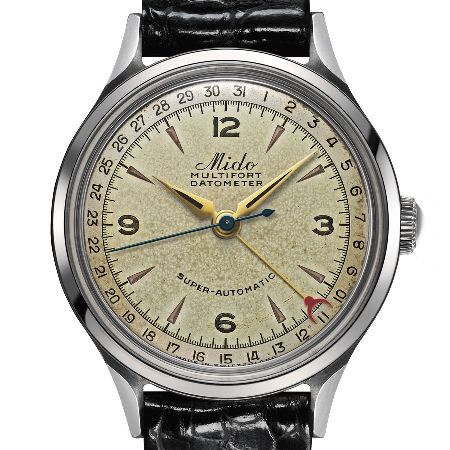 The design philosophy of “Mido” is also an element that attracts many fans. Under the motto “Timelessness is a proof of truly excellent design,” the idea source of “Mido”, which sends out a model with a timeless design that is not influenced by fashion, is historic architecture. By incorporating the universal beauty of historical architecture into the dial, we are creating a model that will not age until the generation of grandchildren. “Mido” is a brand that sticks to mechanical systems. It is easier to maintain than the quartz type, and because it is a brand that handles watches that can be used for a long time, the timeless design is directly linked to its great appeal.

A high-quality model full of practicality at an affordable price 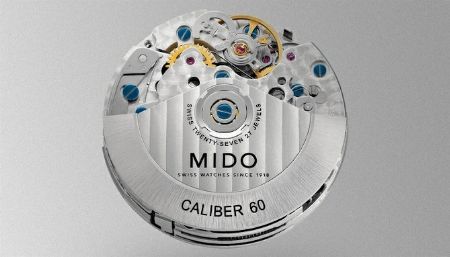 Currently, “Mido” is a member of The Swatch Group. The group, which owns a number of brands such as “Omega”, “Blancpain” and “Hamilton”, is a major conglomerate that is also grouped by the world’s largest mechanical general-purpose movement maker “ETA”. The “Mido” movement, which is supplied by “ETA”, which makes movements for luxury watch brands, and has been customized, can be said to have a high degree of reliability. Also, because it is a general-purpose product base, you can not miss the high cost performance, for example, you can get a model with a high-performance movement with a power reserve of 80 hours in the first half of 100,000 yen.

All about “Mido”. Extract men’s models from 5 collections with rich faces

There are five men’s lines for “Mido”. From the sports line to the simple dress line, the lineup is diverse and you will surely find your favorite model. Let’s check it immediately. 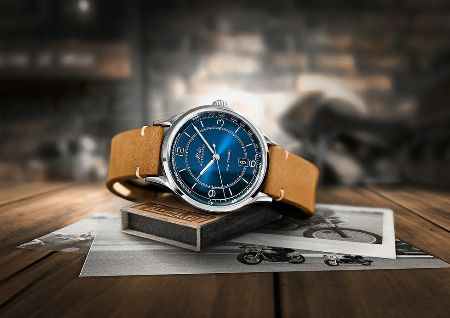 The first generation of “Multifort” was born in 1934. At the time of its release, the “Multifort” was equipped with a self-winding movement, bringing a new breeze to the world of wristwatches. The design feature of the current “Multifort” is the Geneva stripe on the dial. This design was inspired by the Sydney Harbor Bridge, which was completed in 1932. The stripes represent the hanging cable of the bridge. In addition, the “Multifort Patrimony” series, which features a retro look reminiscent of the models of yesteryear, is also included in the “Multifort” series. 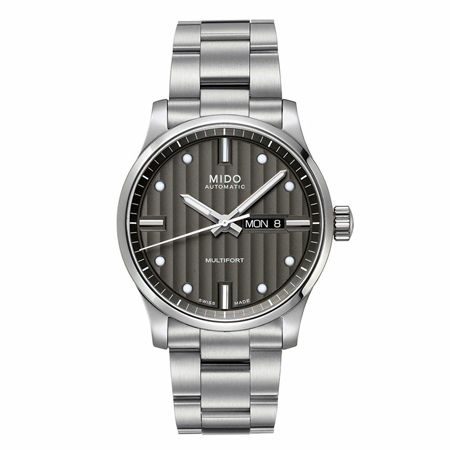 A 3-needle model of “Multifort” with Geneva stripe processing applied to the entire face. On the other hand, the dot index has a modest size, giving it a unique yet chic impression, and its attractive design that can be turned on and off. In addition, the height of usability is notable, such as the 42 mm diameter case that fits comfortably on the wrist and the day-date that is convenient for everyday use! The movement is equipped with a self-winding “caliber 80” that boasts an 80-hour power reserve. The price is in the 110,000 yen range, which is quite a bargain price for a Swiss-made mechanical type. 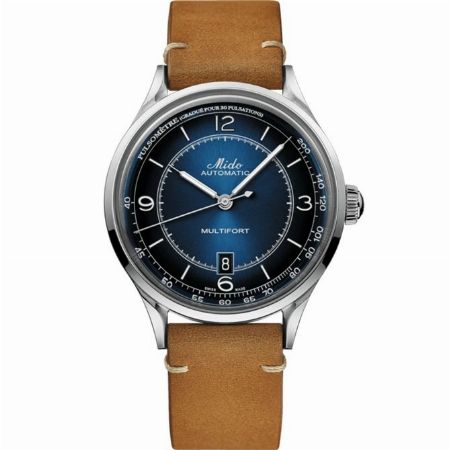 The retro line “Multifort Patrimony” of “Multifort” inspired by the historic collection. The dial, which has a sunray finish as if the light is diffused in a radial pattern, has a vintage font index and a pulse meter that can measure the pulse, which is an irresistible design for antique fans. It has become. Of course, the windshield is also a dome shape that is a feature of vintage watches. However, the contents are equipped with the latest movement that boasts an 80-hour power reserve.

▼ Collection 2: If you are looking for a classic watch, “Baroncelli” is the right choice. 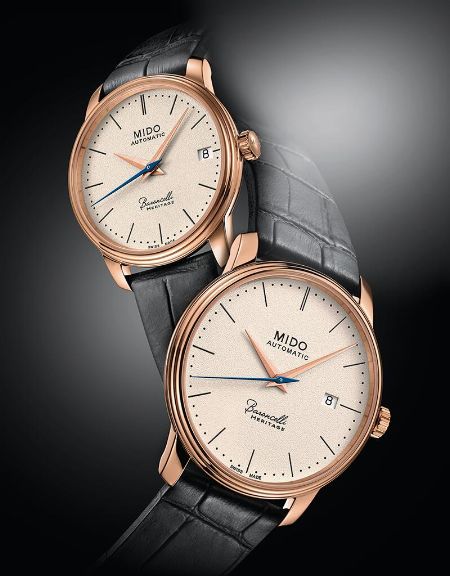 “Baroncelli” was born in 1976 by the first king of the Kingdom of Italy, Vittorio Emanuele II, inspired by the Galleria in Milan. It is a classic series with a history of more than 40 years since its birth. The thin bezel and simple dial are very elegant, making it an ideal dress watch for on-style. If you are looking for an authentic model that suits your suit, Baroncelli, which you can get for the 100,000 yen range, will be one of the leading candidates. 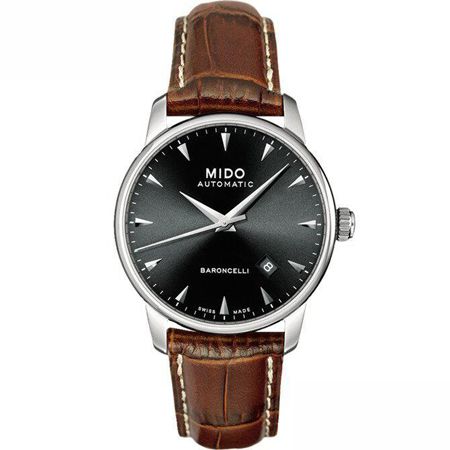 A simple dial with a thin bezel. With its classical and modern side, the Baroncelli is perfect as an on-dress watch that you’ll want to have in case of an emergency. The alligator-like leather is equipped with a folding buckle that is convenient to wear, making it easy to use. In addition, the case diameter is 38 mm and the thickness is 9.1 mm, which is quite small and thin for a modern wristwatch, and the size that is not disturbed by the cuffs of the shirt is also attractive. In addition, although it is thin, the movement is equipped with an automatic winding that boasts an 80-hour power reserve. 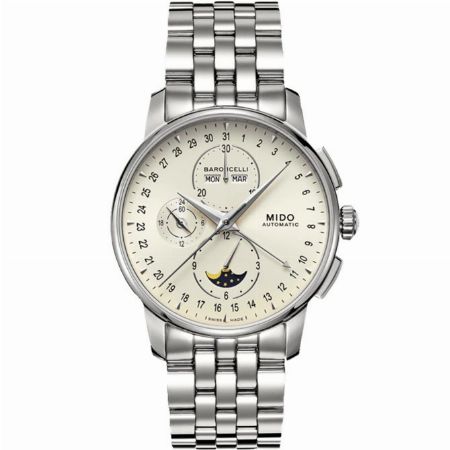 This complication costs over 300,000 yen. However, it’s pretty attractive to have a Swiss-made mechanical watch with a moon phase, chronograph and triple calendar at this price. The movement is based on the chronograph masterpiece Valjoux 7750 (by the way, Valjoux is also acquired by ETA). The thickness is over 13mm, which is large for the “Baroncelli” series, but the 5-strand stainless steel bracelet fits the shape of the arm perfectly, and it does not feel larger than it looks.

▼ Collection 3: The design source is “Eiffel Tower”. “Commander” with a practical look 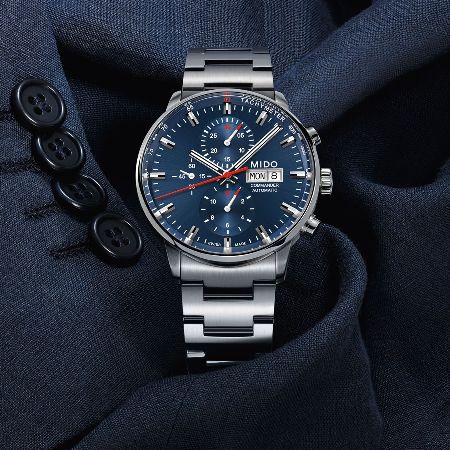 The “Commander” series that appeared in 1959. One of the design features is the modern composition inspired by the Eiffel Tower in Paris. Another major feature of this series is that the movement is equipped with high-precision individuals certified by the Swiss Official Chronometer Certification Association (COSC). Although the price is a little higher than other series, the chronometer logo that shines brightly on the dial should be a proof of irreplaceable trust. 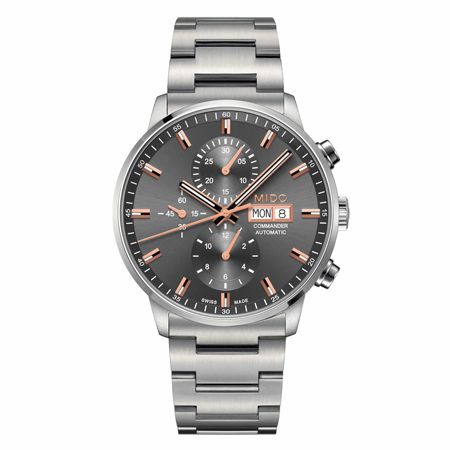 A chronograph with a sunray-processed slate gray dial and a gold color palette, which has become very popular in luxury brand sports lines in recent years. This model, which combines the activity and luxury of a chronograph, is attractive for its versatility that can be used on and off. The chronograph movement seen from the see-through back boasts a power reserve of up to 60 hours, and the waterproof performance is 50 m, which is a sufficient level for daily life. It is also packed with useful functions such as day-date.

A model that has acquired the chronometer test, with the red “CHRONOMETER” notation at 6 o’clock shining proudly. The chronometer model has a one-year warranty in addition to the usual two-year warranty, which is a nice point. Despite being a simple 3-needle model, the three-dimensional face with a navy hollow dial and applied index is ideal for coordinating accents. Of course, it is equipped with an easy-to-use mumment that boasts an 80-hour power reserve. 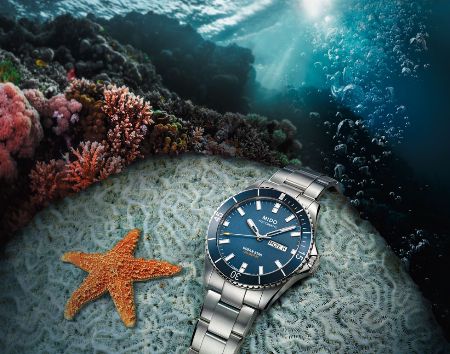 The diver’s model “Ocean Star” collection is inspired by the lighthouse overlooking Cape Europa in the Strait of Gibraltar. Although it is a sports model, it has a sense of luxury and is characterized by its elegance that makes it addictive to suits. However, the specifications are professional, such as the lineup of 200m waterproof models for regular models and 600m waterproof models for higher-end models. Although it is completely over-engineered for everyday use, it is a series that will surely bring satisfaction in terms of satisfying the sense of ownership. 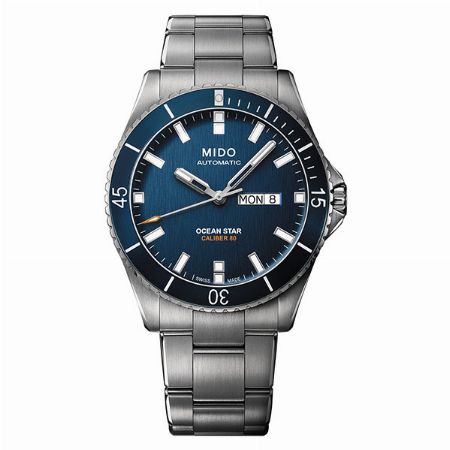 The 3-needle “Ocean Star 200” has the perfect specifications for a diver’s watch, such as an aluminum reverse rotation prevention bezel, water resistance of 200 m, and crown guard. The index uses Superluminova paint, which makes it easy to read the time even in the dark, which is convenient not only for diving but also for daily use. Keeping elegance by avoiding becoming a gorigori sports watch, such as making the hands a skeleton. It’s a nice place to have a day-date that can be used even in the field of business. Of course, the move is self-winding. It is surprising that you can purchase it for 110,000 yen even with this spec. 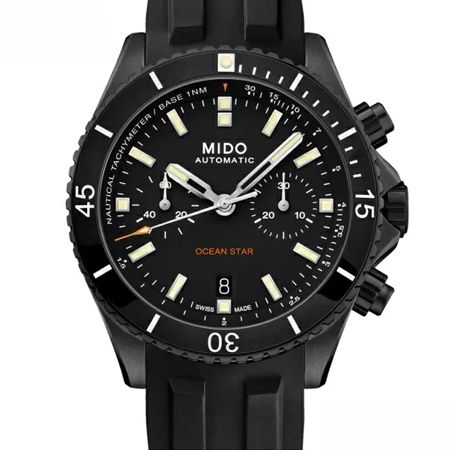 This chronograph model is full of sports taste in the collection of “Mido” where the elegance stands out. The matte black case with DLC processing, in which carbon and diamond particles are layered on the surface, is extremely robust. Coupled with the rubber strap, the activity is outstanding among all models. Of course, there is only a diver’s watch, and the water resistance is 200m. The power reserve and specs for up to 60 hours are perfect.

▼ Collection 5: The elaborateness of soft curves. “Belluna” with elegance 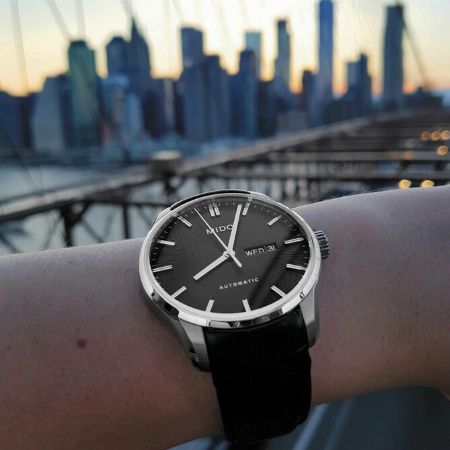 “Belluna” was inspired by the “Royal Albert Hall”, a rock and ballet hall of fame. The collection includes “Belluna Sunray” and “Belluna Royal”, which debuted in 2020. In each case, the dial is decorated with a radial sunray guilloche, and while it is a simple case, it is characterized by its overflowing elegance. It is gaining popularity as a new standard for dress watches. 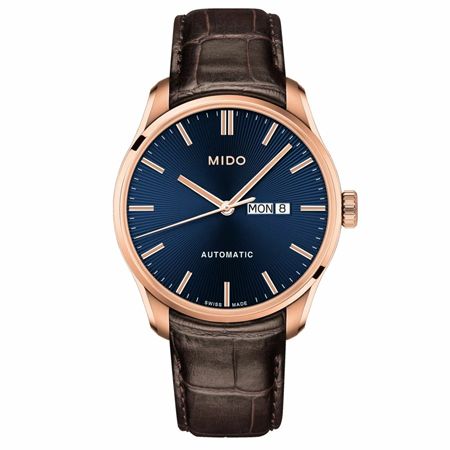 “Belluna Sunray” which adopted rose gold which is not too flashy though it is gold. The knurled dial Sanrei Guilloche is inspired by the dome roof of the Royal Albert Hall. By adding a three-dimensional effect with applied indexes, etc., the design is chic but not too classical, so it seems to be useful as a dress watch that can be easily matched even in the 20s. It is also a point that it is equipped with a convenient day-date. 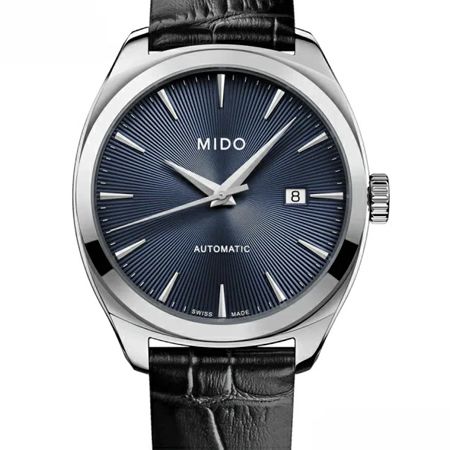 The new “Belluna” that landed in 2020. By adopting a cushion case, the “Belluna Royal” has a more elegant atmosphere than the round type of the conventional model. By adopting wedge-shaped indexes and needles, we have succeeded in producing delicate nuances. Although the attention is focused on the design update, the basic performance is also certain, such as the “caliber 80” boasting a power reserve of 80 hours and the adoption of sapphire crystal with good visibility with double-sided non-reflective processing. It is a must-see as a new dress watch that both young people and adults can enjoy.