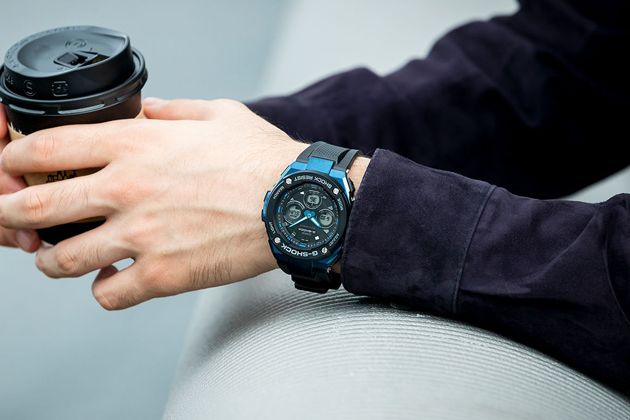 A radio wave solar function that automatically corrects the time difference and uses sunlight as a power source. Let’s introduce the recommended model from the machine equipped with “G-SHOCK” while touching on its advantages.

What are the advantages and disadvantages? Know the features of radio-controlled solar clocks 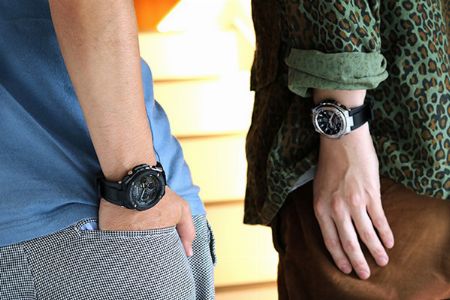 A radio-controlled solar wristwatch is equipped with a function that receives standard radio waves and automatically adjusts the time, and a solar power generation function. It is generally said that a wristwatch has an error of ± 15 seconds per month. It will automatically correct the error. In addition, a solar panel is installed in the dial, which converts light into a power source and stores it in an internal rechargeable battery. Therefore, it can continue to move even in the darkness where light cannot be obtained. 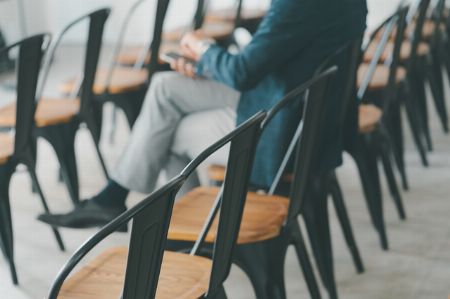 Although convenient, there are some points to be aware of. For example, the deviation is corrected by receiving radio waves, but if you turn it over, the radio waves will not reach or the function will knock in places where it is difficult to reach. Also, if it does not support world standard radio waves, the function may not be activated when traveling.

“G-SHOCK” changed like this by installing radio wave solar 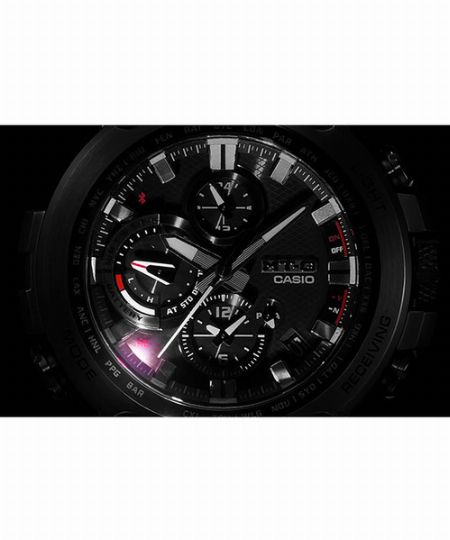 The ideal of “G-SHOCK” is the concept of almighty toughness that adds functionality and operability created by incorporating advanced technology into robustness. The symbolic element is the standard & GPS radio reception function and the solar charging function. The time is corrected in as little as 7 seconds anywhere in the world, and not only sunlight but also light such as fluorescent lamps is converted into power by our unique solar system. With confidence in absolute time accuracy and securing semi-permanent power, it is a nice one for all adults.

This is the model equipped with the radio wave solar of “G-SHOCK”. 10 models recommended by writers

Unrivaled toughness is the true value of “G-SHOCK”. This is undeniable. However, there is a reason for being a “G-Shock” where the evolutionary progress is not stopped. Radio solar is one of them. Among the many masterpieces, you can see 10 books with unique technology. 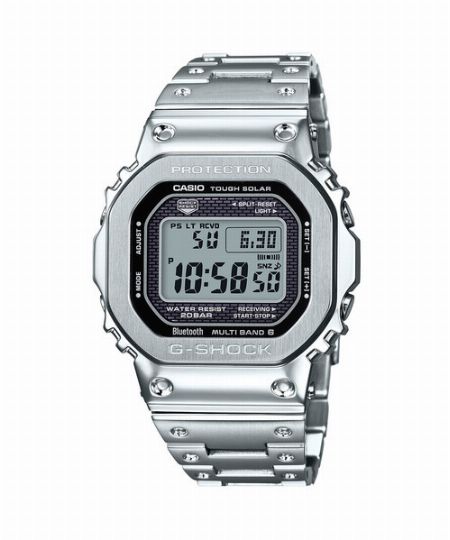 The 35th anniversary commemorative work that realized the full metalization of “evolution of modules” in the genealogy of “DW-5000C” which is also known as the first generation. Introducing a new impact-resistant structure, installing the latest engine, adopting multi-band 6, etc., while inheriting the intention of the origin, not only the appearance but also the inside is updated. 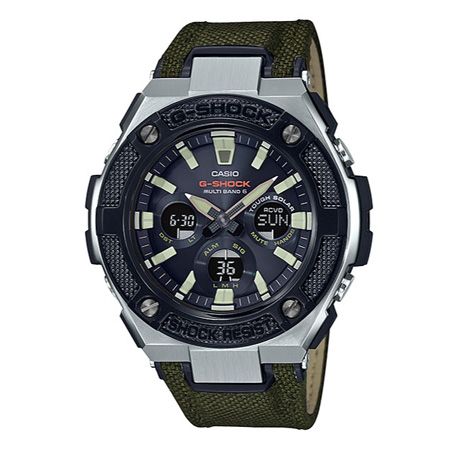 The model that embodies the toughness beyond is the “G Steel” series that tried to fuse different materials. This is a manly one based on the mid-sized “GST-W330” with a stainless steel bezel that has been knurled by casting. The combination with khaki cordura fabric fuels a military feel. 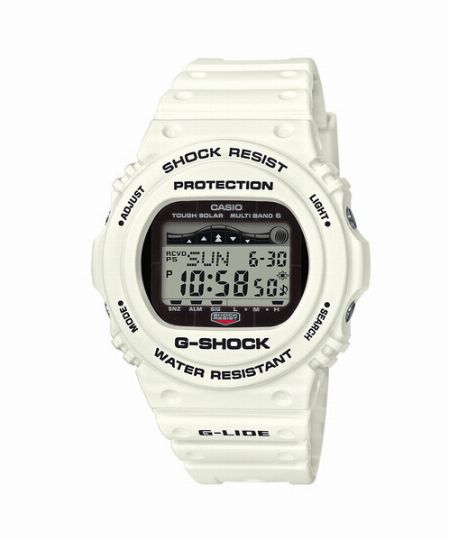 As a sports line of “G-SHOCK”, the “G-Ride” series that gains the trust of the world-famous extreme sports players. The thin “GWX-5700” is the original, so it is easy to wear. Functional aspects such as radio wave solar and tide graphs with preset tide data of surf spots around the world are also perfect. 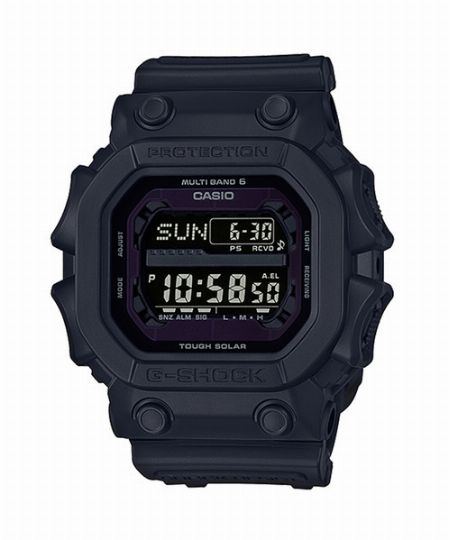 The “GX” series, which has the theme of withstanding impacts from all directions, seems to symbolize the “G-SHOCK,” which has been the strength of its robustness. The new impact-resistant structure with a two-layer urethane bezel and inner protector demonstrates unrivaled strength, and the case size is the largest in the history of “G-SHOCK”. 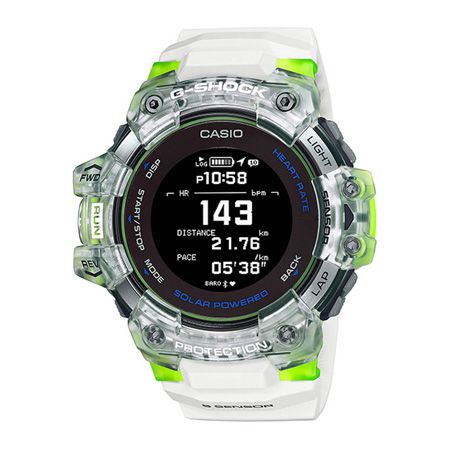 The “G-Squad” series can be your best partner in the sports scene and workouts. Equipped with an optical sensor capable of measuring heart rate and an accelerometer capable of measuring step count, training can be managed and analyzed in cooperation with a dedicated app. The clear case made of skeleton resin is also refreshing. 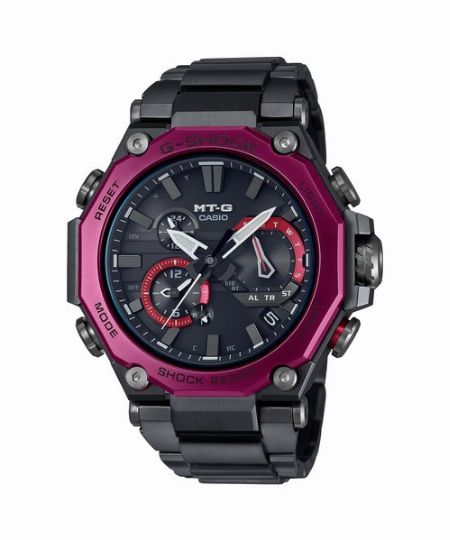 The top-of-the-line “MT-G” of “G-SHOCK”, which is a fusion of different materials and cutting-edge innovation. The latest is astonished by the light weight that realizes the texture peculiar to metal as it is, not to mention the robustness due to the newly developed dual core guard structure. Good color schemes inserted in various places are also available. 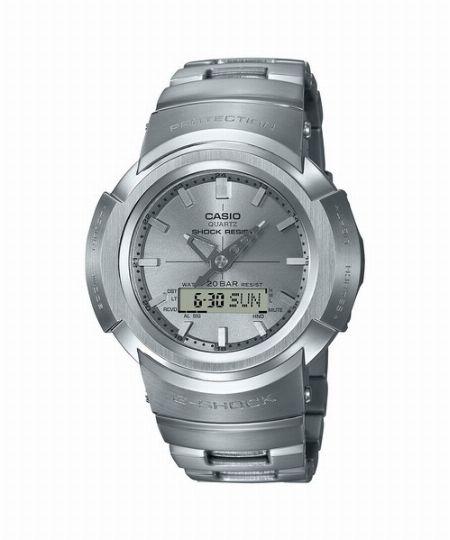 The first analog “AWM-500” series of “G-SHOCK”, which is one of the masterpieces among many models. Full metal based on the first digital x analog model “AW-500” that inherits that DNA. Mirrors and hairline finishes are applied to each side of the bezel to create a more neat look. 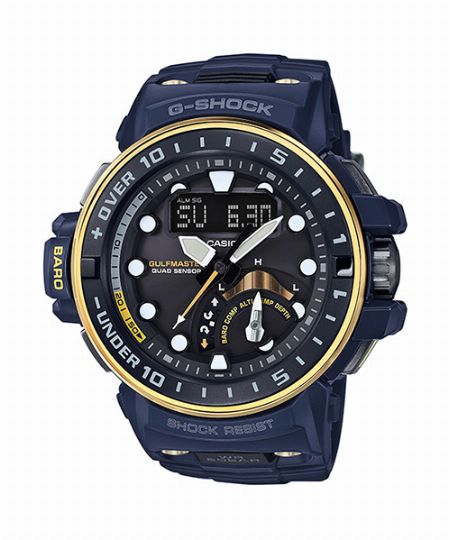 The “Master of G” series, which is durable and has special functions, is suitable for men who challenge harsh environments. Among them, the Gulf Master is one that specializes in working at sea, and this is a marine color that represents a man in the sea. The gold decoration that imaged the shining rank emblem on the chest of the uniform is also gorgeous. 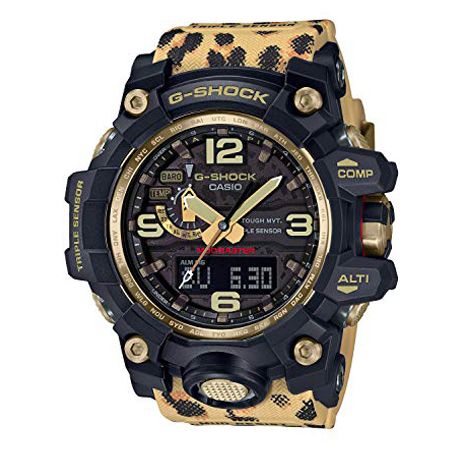 “G-SHOCK” has been supporting all environmental protection groups through collaboration since the 90’s. This is also a collaboration work with WILD LIFE PROMISING, which aims to protect wild animals in Africa and improve people’s lives. The base is a mud master with excellent dust and mud resistance that does not even deal with the tough environment on land. 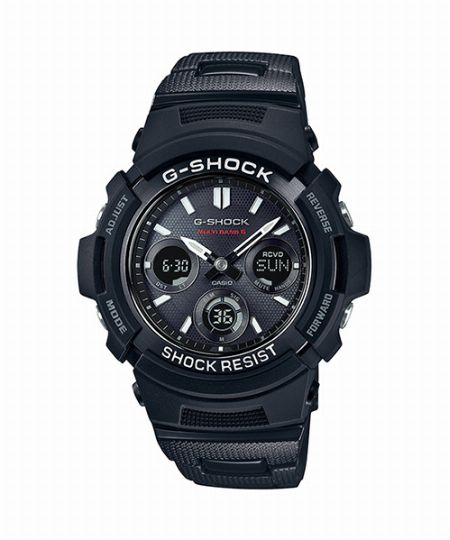 The “AWG-M100” series, which features a compact size that is easy to handle and a fusion of digital and analog, is popular as a highly practical model. This is an all-black expression with a focus on cool visuals. Furthermore, the adoption of a metal core band further enhances the wearing feeling.

Just because it is a “G-SHOCK” equipped with radio wave solar, it is not a reason that it can be used semi-permanently. 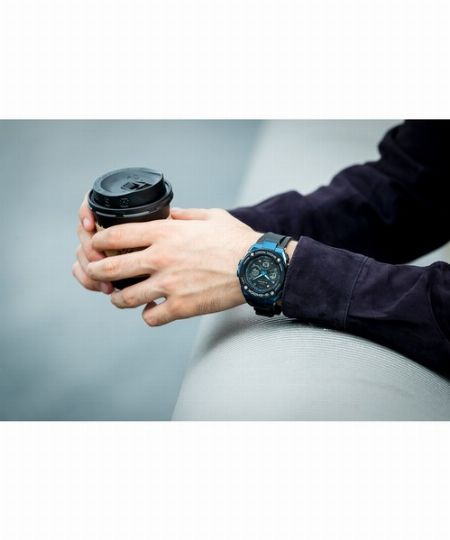 “G-SHOCK” uses a unique solar panel that generates electricity even with a small amount of light. By combining it with a large-capacity secondary battery, we are trying to stabilize the drive of various functions. Moreover, it is easy to think that anyone can use it semi-permanently, coupled with the recognition of general solar cells. However, the secondary battery is, so to speak, a consumable item. There is a limit to its use because it also deteriorates. Generally, if you use it for more than 5 years, the symptoms will gradually appear. It’s something you definitely want to keep in mind when using it.