It’s not just about how it looks. Why do adults choose moon phase watches

A moon phase watches that accurately displays the phases of the moon on the dial. Introducing the charm and recommended models of this romantic and luxurious function.

A romance on your wrist. Moon phase watch works for adults

If you’ve been interested in watches, you probably know the existence of the moon phase. As the name implies, the moon phase is a function that displays the phases of the moon. And even now, it is gaining popularity as a highly fashionable mechanism that gives off a classic and mature atmosphere. This time, let’s delve into the charm of such a moon phase.The moon phase watch is a venerable watch with a long history.

Originally it was a practical mechanism. History and usage of the moon phase 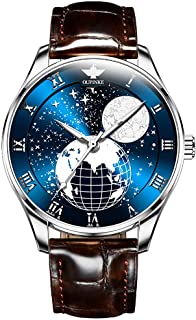 Before we introduce you to our recommended moon phase watches, let’s get a good idea of ​​what they are. First, let’s look back on history. There are various theories about the time when the moon phase was born, but it is said that the basic mechanism was already established around the 16th century, and it was introduced into the pocket watch by the genius watchmaker Abraham-Louis Breguet in the 18th century. I am. It was only recently in the 1940s that it was installed in wristwatches. The mechanism for displaying the phases of the moon is in the rotating disc that depicts the two moons. By making it go around once every 29.5 days, the phases are visually represented, and the part that can be seen through the small window becomes the shape of the moon of the day. It is now used in many wristwatches, but at that time it was a transcendental technique that only a limited number of people could make. 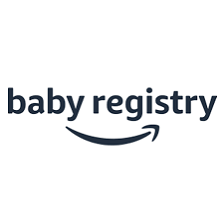 The moon phase watch was originally a high-end model that was only allowed by luxury watchmakers. For this reason, high-end brands still have a lineup of watches equipped with a moon phase. Let’s get a glimpse of that magnificent world. 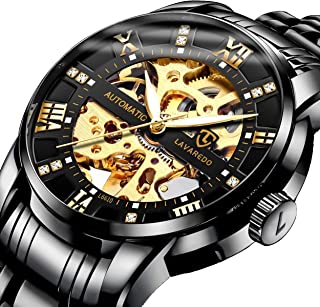 One of the historic brands founded in the 18th century by Breguet, the genius watchmaker who created the prototype of the current moon phase. The moon phase, located at 12 o’clock on the beautiful enamel dial, gives off an orthodox presence. The blue-burnt blue-steel Breguet hands and the power reserve at the bottom right also add a beautiful touch to the dial. 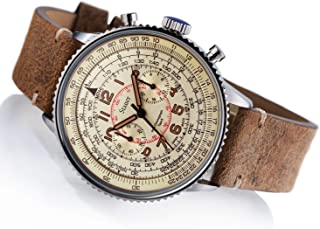 The moon phase of “Lange & Söhne”, which is one of the five major watchmakers in the world. The unique offset dial with the hour and minute hands on the left is eye-catching. The design with the outsize date, power reserve, and moon phase on the right side is excellent. The moon phase also serves as a day/night display, displaying the phases of the moon in the blue sky during the day and in the starry sky at night.

A high-end model of the masterpiece “Portugieser” of the Swiss watchmaker “IWC” was founded in 1868. In addition to the highly accurate moon phase with an error of one day in 122 years, it is also equipped with a perpetual calendar that calculates the leap year and displays the date, which is one of the three major complications of mechanical watches. Practicality is also guaranteed, such as securing a power reserve of 7 days. 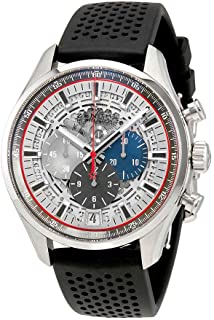 One of the historic Swiss watchmakers “Zenith”, was founded in 1865 and was the first to adopt the moon phase in 1905. The simple design of the moon phase stands out on the high-quality dial called the velvet finish. It has a minimalist look, so it matches the business scene. 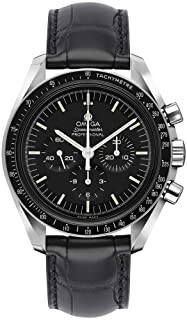 The excellent design even for less than 50,000 yen. I want an affordable moon phase watch

The moon phase was once a complex mechanism that symbolized luxury watches, but now it is popular and many reasonable models have been released. Why don’t you feel free to taste the high-quality texture? 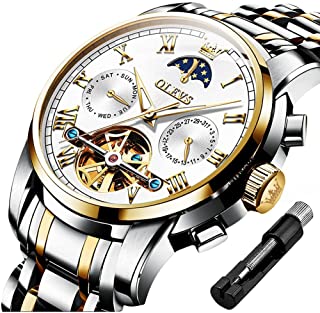 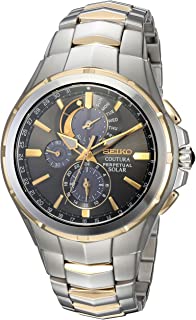 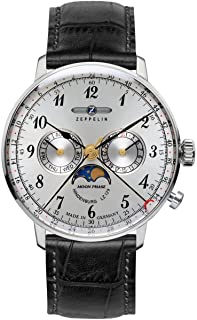 Watch brand “Zeppelin” was founded in Munich, Germany in 1987. This is one packed with elegant designs, bearing the model name of the largest luxury liner in history, “Hindenburg”. The 36mm case, which is slightly larger than the other series, and the classical Arabian index give a modern impression. In addition, gold and brown leather bracelets are recommended because they not only have a vintage feel but are also familiar to Japanese skin. 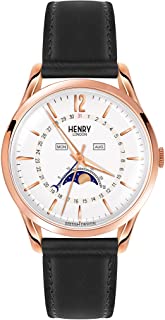 Moon phase watch of the up-and-coming watch brand “Henry London” born in 2015. Designed with a vintage wristwatch motif, it features classical and distinctive details such as a dome-shaped cylinder dial and hour and minute hands that curve accordingly. The gray dial, which blends in with the night sky of the moon phase, is also attractive. 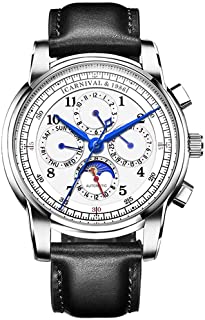 The moon phase watch of the domestic watch brand “Cal Raymon”, which was launched with the aim of providing classic and high-quality watches at a reasonable price. Like a brand that specializes in this mechanism, the dial is finished so that the moon phase looks beautiful, and the guilloche pattern that draws a whirlpool is engraved in the center.

You Also See My Related Article About Men’s and Women’s Watches:

LIST OF THE BEST 15 ORIENT TRISTAR WATCHES TO BUY

MOST EXPENSIVE WATCH IN THE WORLD