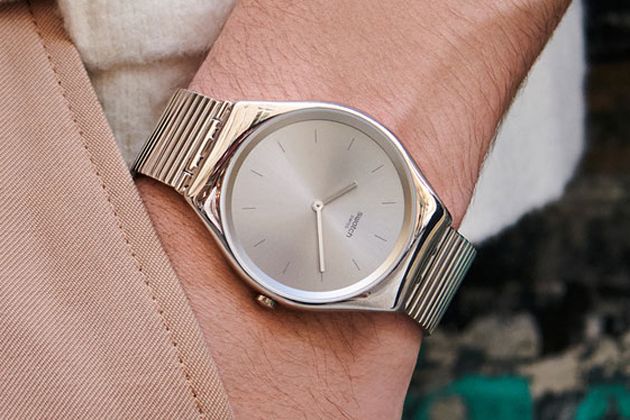 The symbol of fashion watches, “Swatch,” created an unprecedented boom around 1990. Innovative designs and values ​​are still fresh and arouse our desire for ownership.

A brand called “Swatch” that stimulates the playfulness of adults 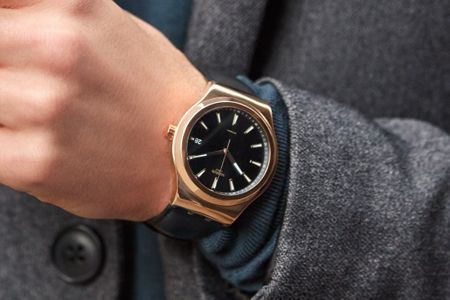 In the 1970s, cheap and accurate quartz watches made in Japan became widespread, and the share of Swiss watches quickly diminished. This is the so-called “quartz shock”. Concerned about this, the Swiss watch industry sought advice from Nicolas G. Hayek. Under his direction, the Swatch was developed with a thin quartz movement, an inexpensive plastic case, and a design that would be accepted by young people. In addition to being reasonably priced, it was made in Switzerland that you can trust, and because of the abundance of variations due to regular design innovations, it caused a big boom here in Japan in the 1990s.

Since its debut in 1983, Swatch has been a leader in fashion watches. While maintaining the reasonableness that is the biggest feature, “Swatch” has announced one after another the models that are talked about at that time, such as collaboration with famous designers and the birth of a collection of mechanical moves.

There are also many collectors. Colorful and colorful design variations 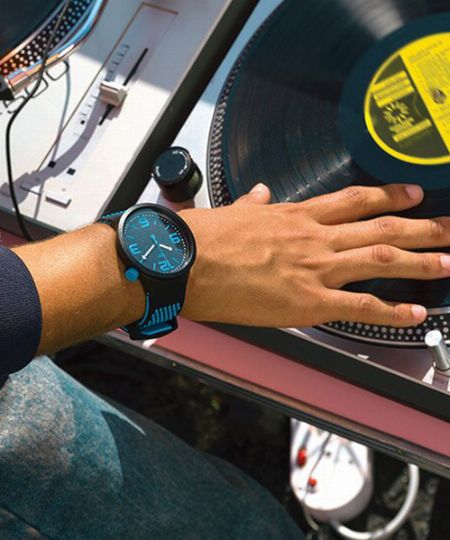 Boasting the largest number of lineups in the watch world, “Swatch” is designed according to the image of the season, and is manufactured with a limited production period and a limited number of series such as series featuring events and movies. Therefore, the majority of items can only be bought at that time, and once they fail to buy, they have the rarity of never being able to meet again. In addition, there are many unique coloring and artistic models, and it is suitable for collections because it is affordable, so it has collectors and fans all over the world. 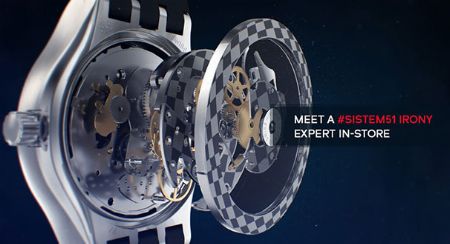 Since it is a “swatch” developed as a “second watch that you can easily enjoy,” it must be reasonably priced. Therefore, we set up an automation line at ETA, a highly reliable movement manufacturing company within the group, and established a system that can mass-produce quartz to be mounted at low cost. In recent years, a series called “System 51” equipped with a mechanical move made from only 51 parts has also appeared. This production line is also fully automated, which was the world’s first attempt at a mechanical wristwatch. Furthermore, in recent years, innovative technologies that lead the scene, such as the development of bioceramics that overcome the weaknesses of ceramics by multiplying bio-derived plastics with ceramics, and the introduction of the Nivacron balance spring that overturns the conventional wisdom that watches are weak against magnetism. Also introduced one after another. “Swatch” has achieved both low price and high quality, which are in conflict with each other.

In fact, there are many designs that look good on 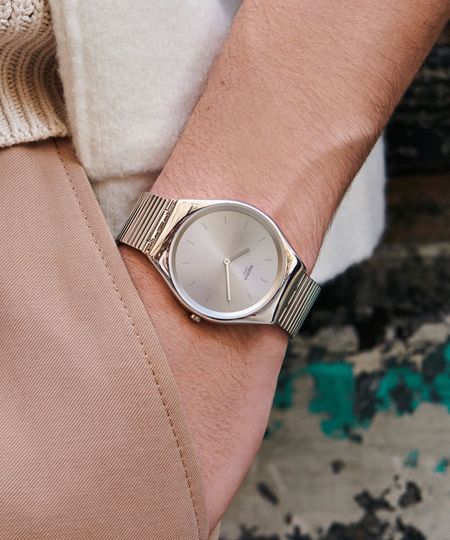 Although “Swatch” has a strong impression as a fashion watch, the prototype made in 1981 and the first model that was first put on the market in 1983 were characterized by their stylishness that could be used as suits. A part of the “Originals” that inherits the design and the “Irony”, which is attractive for its elegant casualness, still have a lineup of variations that can be worn regardless of whether it is on or off.

The “Swatch”, which is reasonably priced but highly satisfying, is perfect for a second watch or for a collection. You will surely find one with your favorite design and specifications. This time, we would like to deliver two axes, “cheap chic” that looks good on on and “colorful” that is rich in color that supports casual outfits off.

Introducing “Swatch” that is easy to match with suits and jackets. Not only is it cheap, but we have selected a gem that is functional as a wristwatch and has a unique design. A noteworthy work has also come out from the topic “System 51”. 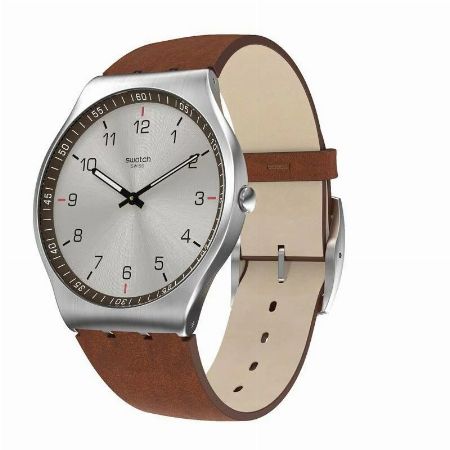 A chic look with a brushed dial, brown endpaper and leather strap. The index and the simple pencil needle have no peculiarity in a good sense, and are full of possibilities that can be used habitually for a long time. The case diameter is as large as 42 mm, but the thickness is as thin as 6.7 mm. Even if you match it with the jacket-style cuffs, you can expect to be active. Uses a battery system that allows easy battery replacement using coins. Water resistant to 3 bar. 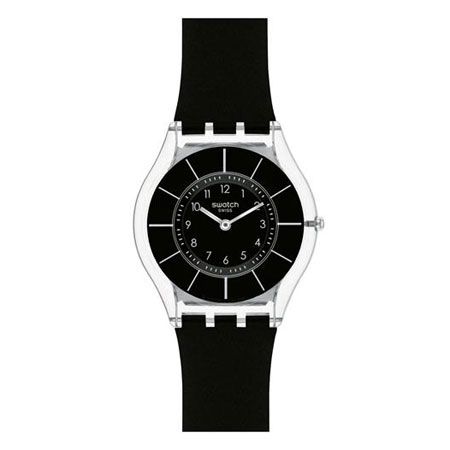 This is a ladies model, but I would like to recommend it to the minimalist group. The cool case of the skeleton is 3.9 mm thick. As the name suggests, the thinness and lightness that assimilate with the skin are the advantages of this “Skin Classic”. By narrowing down the time display to two hands, the dress feeling that is contrary to the cheap chic appearance and the sense of balance are excellent. The case back is like “Swatch”, and the battery can be replaced by yourself. Diameter 34 mm, thickness 3.9 mm, water resistant to 3 bar.

Light, durable and rational. What does it mean to wrap a titanium wristwatch around your wrist now? | Men’s fashion …

Digiana that fulfills the “wants” of adults. Will Cassioke be the hegemony of the next G-Shock | …
From Ueno, Tokyo. Ikenohata Silver Leather Shop is a famous shop where you can find high quality leather goods | Men’s Fa …
Let’s use the popular salon monopoly shampoo. 15 brands that professionals are satisfied with | Men’s Fat …
For beginners. How to enjoy Bushcraft-style camping and 10 gear to bring | …
From work to gifts. Staedtler’s writing tools are suitable for adults | Men’s F …
Item 3 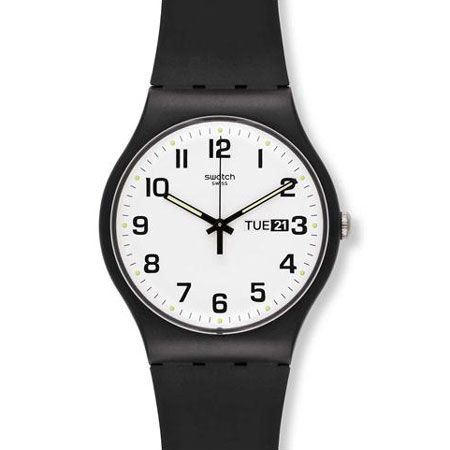 A series that retains the characteristics of the first model released in 1983. A calendar display of days and dates useful for the business scene is laid out at 3 o’clock on the white dial composed of orthodox Arabic numerals. It is equipped with a black silicon strap of the same color in a plastic case with a diameter of 41 mm and a thickness of 9.85 mm that fits easily on the cuffs of a shirt and is easy to wear. Water resistant to 3 bar. 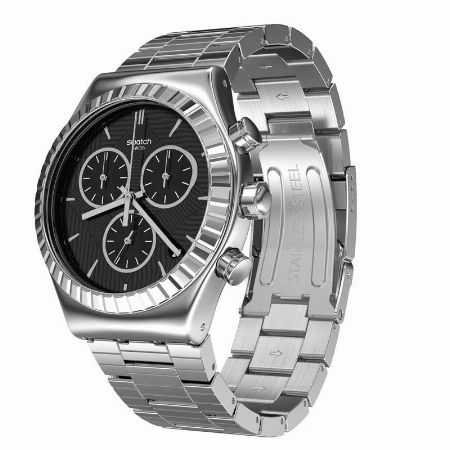 Quartz chronograph with a powerful stainless steel case with a diameter of 43 mm and a thickness of 12.7 mm. The black dial with three measurement in-dial and the glittering three-dimensional bezel show an exquisite combination. It also has a practical date display at 6 o’clock, and is suitable for daily use. You can’t miss the fact that it has a butterfly buckle that is sturdy and easy to put on and take off. Water resistant to 3 bar. 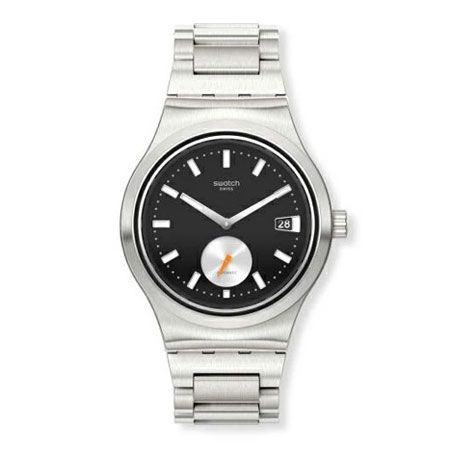 The latest model of “System 51” equipped with a self-winding movement. The slightly wider stainless steel case with a diameter of 42 mm and a thickness of 13.8 mm is perfect for business outfits. However, on the other hand, the baton-shaped hour and minute hands and the small seconds at 6 o’clock add to the cuteness of a scoop. The orange second hand adds a “swatch” accent.

▼ Turn off to change your mood. Choose 5 pop and colorful books

For holiday Swatch, you should choose a model with a more creative design. Not only can it be an accent for coordination, but there are also many versatile models equipped with additional functions. You should be able to come across one called “this” that is convincing in terms of quality. 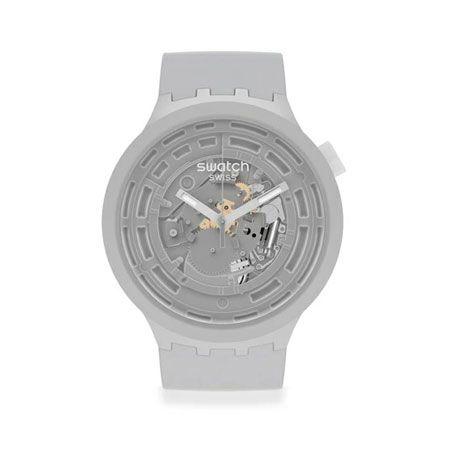 The “Big Bold” has become known as a popular model because of its impactful size with a case diameter of 47 mm, its light weight, and its structure that fits on the wrist. This model is multiplied by the new material “Bioceramic” released by “Swatch” in 2021. Ceramic that has overwhelming scratch resistance but has the disadvantage of being easily broken. Bio-ceramics have acquired stickiness and impact resistance by mixing them with bio-derived plastics developed in 2020. In this model, the movement with skeleton specifications is also matched in color to make it one tone, so that a sophisticated atmosphere is also obtained. 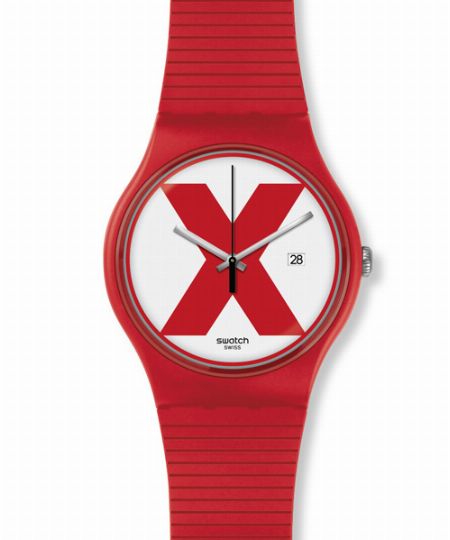 The dynamically drawn red “X” on the white dial and the ribbed silicon red strap are inspired by the Swiss flag, which is the icon of “Swatch”. The 41 mm diameter plastic case is 9.85 mm thick, making it easy to match with casual jackets and shirts, and is sure to be an accent on your wrist. Equipped with a date display at 3 o’clock. Black and purple are also available as variations of the same design. 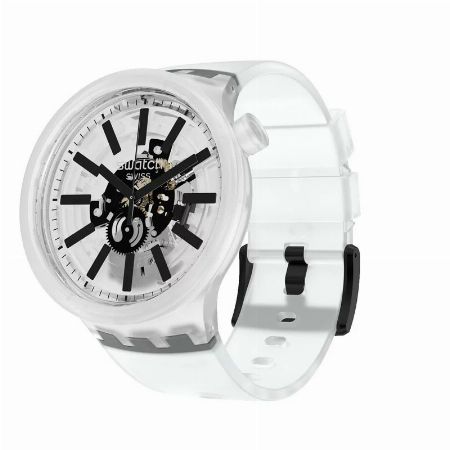 Based on the “Big Bold” featuring a 47mm big case, it is equipped with a milky white translucent case and strap. By placing a single-colored needle on it, a clean and artistic atmosphere is created. Quartz has a mechanical appearance but the contents are easy to handle, so it is practical enough for everyday use. 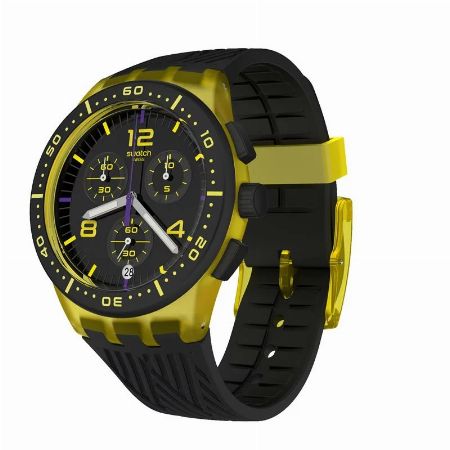 As the model name suggests, the motif of the strap is the “tire” that gives a sense of speed and sportiness. The clear-colored case also makes you feel active. The knurled silicone strap has excellent flexibility and is comfortable to wear. The contents are a reliable and secure Swiss-made chronograph quartz move. 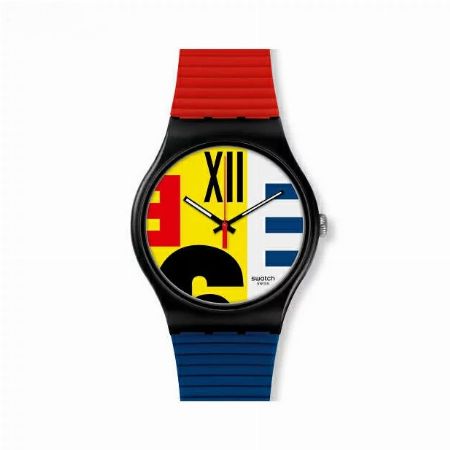 The person who thinks “nostalgic!” At the moment of seeing it is probably a “Swatch” enthusiast. “NINE TO SIX” which appeared as a symbolic one in the brand in 1987. As you can see, the model, which has a core design that breaks the rules of indexes and the common sense of color palettes, has been revived in the present age with the name of “revival”. The case diameter is 41 mm, and the claim is outstanding.