“Huawei” is famous for smartphones and tablets in Japan, but in fact, it has the second largest share of the world market for smart watches! We will approach the secret of the popularity of “Sumawo” of such “Huawei”.

What embodies is the ultimate functional beauty. What kind of brand is “Huawei”? 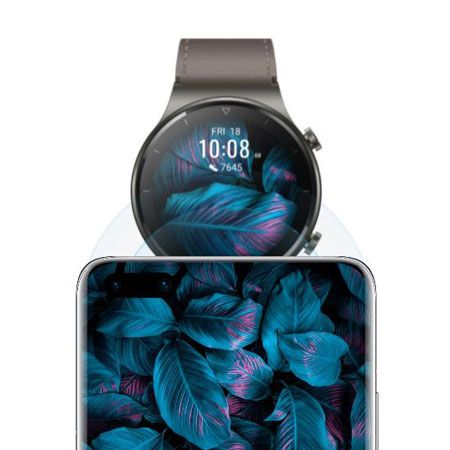 Although this is the second strongest manufacturer of smart watches, the personality is actually quite different. While “Apple Watch” is an all-rounder that can do anything, “Huawei” has the advantage of having a wide variety of lineups that can be selected according to one’s lifestyle. Even though the low-priced version has appeared in recent years, the “Apple Watch” is multifunctional and still expensive …. On the other hand, Huawei’s smart watches range from those that can be purchased for less than 10,000 yen to those that are full of luxury, and you can select the model that you really need. Such a wide range of swings is also the reason why “Huawei” is gaining popularity.

Before reaching the point of view. Explaining why Huawei smartwatches are valued 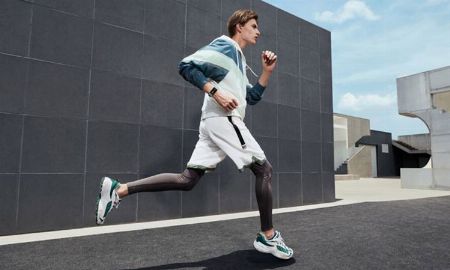 “Huawei” is popular in a wide variety of lineups, but its battery life is definitely superior to the “Apple Watch”. The battery of the flagship model “HUAWEI Watch GT 2 Pro” will last for 14 days under normal use. In exchange, the “Apple Watch” must be charged once a day. Sure, Huawei doesn’t run third-party apps like the Apple Watch, but it includes all the basic features required of a smartwatch: email and schedule notifications, action records, and workouts. So, most people think this is enough for normal use. 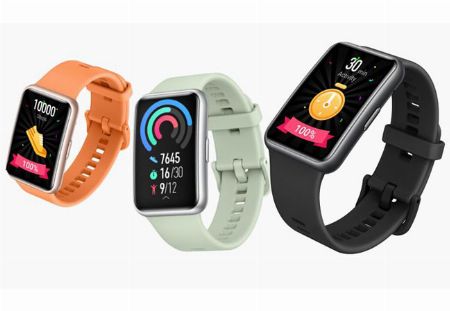 Another point where “Huawei” is evaluated is. It’s design power. There is no over-inspired design or unfashionableness that is typical of old Chinese products. Surprisingly, it’s simpler than the “Apple” product, but it also has a high-class feel, and if you pick it up, you’ll be amazed at how much it costs. The popularity of “Huawei” is supported by the goodness of the product, which is more affordable than the “Apple Watch” and can be matched with a suit.

Round, square, and band. Scrutinize 4 smartwatch models of “Huawei”

“Huawei” has gained worldwide popularity due to its high technology and design capabilities. The lineup can be broadly divided into “round,” “square,” and “band type.” In the part from here, we picked up four models from them. We will explore the charm while digging deep into each. 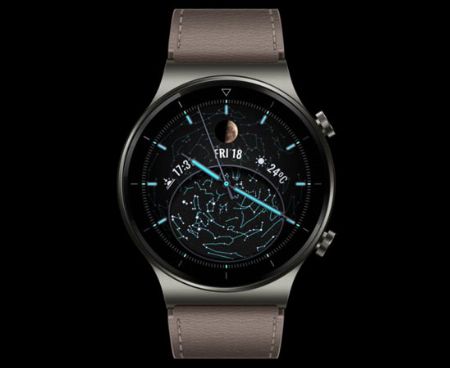 “HUAWEI Watch GT 2 Pro” is the flagship model of the smart watch released by “Huawei”. There is only the top model of “Huawei”, and it boasts the highest performance functionality and luxury. In particular, the texture of the watch itself is quite good, and it is finished to satisfy even the most discerning watch lovers. Considering that the moon phase function, which is a longing in the world of analog watches, is the selling point of this model, you can see that it is completely serious about capturing analog. 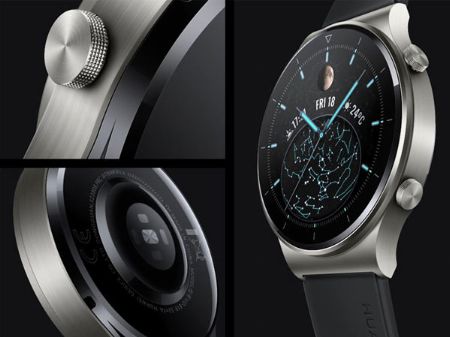 I mentioned earlier that the “HUAWEI Watch GT 2 Pro” has an excellent texture, and one of the reasons is the goodness of the material. The case is made of titanium, which is lighter than stainless steel and does not have to worry about metal allergies. Actually, this titanium is a material that tends to make a difference depending on the grade. In other words, if you use cheap titanium, it will be cheap. However, the titanium of “HUAWEI Watch GT 2 Pro” is heavy and moist with a sense of density, and it can be said that it is a grade that is also used for luxury watches. In addition, the windshield is made of sapphire crystal, which is only used in higher-end models of the Apple Watch, and the back cover is made of ceramic. And if you combine it with the attached leather band, it will bring out a sense of luxury that will not cause any problems even in formal occasions. 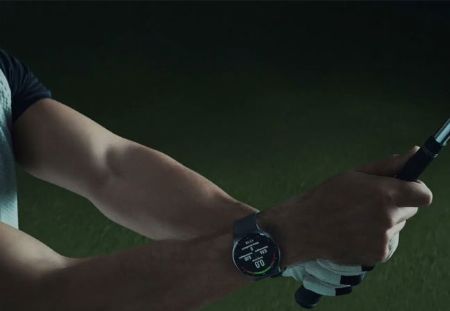 The “HUAWEI Watch GT 2 Pro” is one of the most distinctive features of its luxurious design. There is only a flagship model, and it has a lot of functions. With the increasing demand for health applications, smartwatches these days are attracting attention for their workout and health features. The “HUAWEI Watch GT 2 Pro” is no exception, and has more than 100 workout modes as a major feature. Moreover, it is compatible with skis, snowboards and golf, which have few compatible models. On the slopes, the maximum slope and course are displayed at the wrist, and in golf mode, the swing speed is measured.

In terms of health, the ability to measure blood oxygen levels is a major topic. Especially now that the corona is bad, I am very happy that the functions related to breathing are enhanced. Naturally, it is equipped with all the functions required in the health field, such as heart rate, sleep analysis, and stress analysis. You should not feel dissatisfied with normal usage. 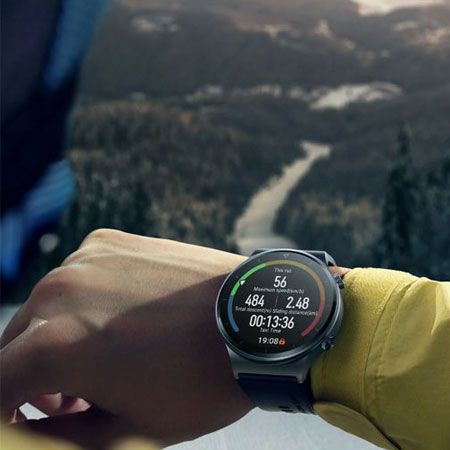 Compared to the models equipped with the wearable OS “Wear OS” developed by “Apple Watch” and “Google” that have a battery for only about one day, the clear merit of “HUAWEI Watch GT 2 Pro” is the battery life. Unless you use it in a special way, such as constantly putting it in workout mode for days or navigating with GPS, the battery lasts up to 14 days. Furthermore, charging is super fast, and it can be driven for about 10 hours with a 5-minute charge. If you’re a user of an Apple Watch or Wear OS-equipped model, you’ll find the hassle of charging every day. Having this battery alone will be a strong reason to choose “HUAWEI Watch GT 2 Pro”.

If you want to enjoy it more casually, check out “HUAWEI Watch GT 2e” 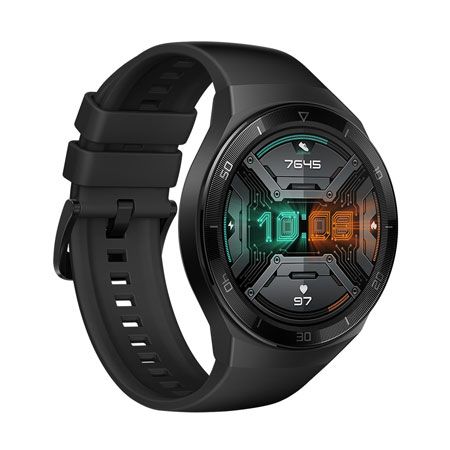 The “HUAWEI Watch GT2e” has a sporty design and is more affordable than the “HUAWEI Watch GT2 Pro”. The main difference is the material and the presence or absence of speakers. Other than that, the number of supported workouts is slightly less than that of “Pro”. Those who want to match on-style and make phone calls from their wrists will choose “Pro”, but for other people, this “HUAWEI Watch GT 2e” which is about 15,000 yen cheaper is also attractive. It will be an option. 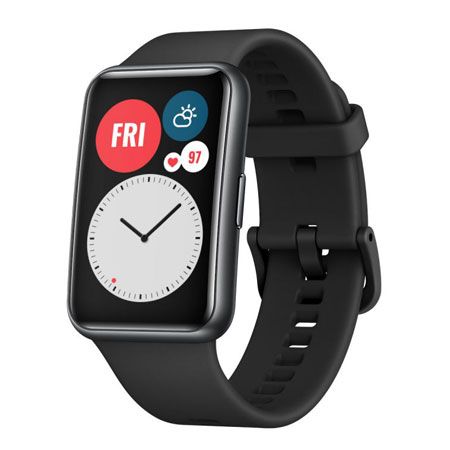 The “HUAWEI Watch Fit” is recommended for people who prefer a more compact type than the round type, but do not want to compromise on the amount of information that can be displayed. Compared to the fairly large “HUAWEI Watch GT2” series with a case diameter of over 46 mm, this “Watch Fit” is 46 mm long in length, but 30 mm wide and 10.7 mm thick, so it fits comfortably on your wrist. It’s perfect for those who want to casually enjoy their smartwatch but don’t want to compromise on performance. Despite its compact size, it has a large 1.64 inch screen, and the amount of information that can be displayed at one time is abundant, so you can easily check emails even at your wrist. In addition, the battery life is enough for about 10 days in normal use. Furthermore, the quick charging function that can charge for one day in just 5 minutes is also a big attraction. 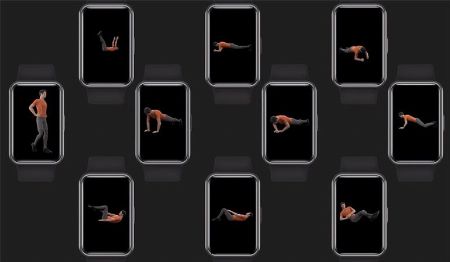 “HUAWEI Watch Fit” is also attractive for its functionality that approaches that of higher-end models. There are 96 types of exercise menus such as running, swimming, and yoga. And because it has a built-in GPS, it keeps track of where you passed without a smartphone. Naturally, it is equipped with a heart rate monitor and sleep analysis function to monitor the user’s health condition 24 hours a day. The topical blood oxygen concentration can also be measured. Speaking of the function that makes the best use of the big screen of “HUAWEI Watch Fit”, it is a mode that you can train according to the video of the trainer on the watch. You can exercise as if you hired your own personal trainer. Other brands have similar functions, but they are high-end models that cost nearly 30,000 yen. You can get it for around 10,000 yen, so it’s a good deal. The point of “HUAWEI Watch Fit” is the high versatility that can be used for fitness, as it can be used in business situations such as checking SMS, emails, schedules, etc. on a large screen. 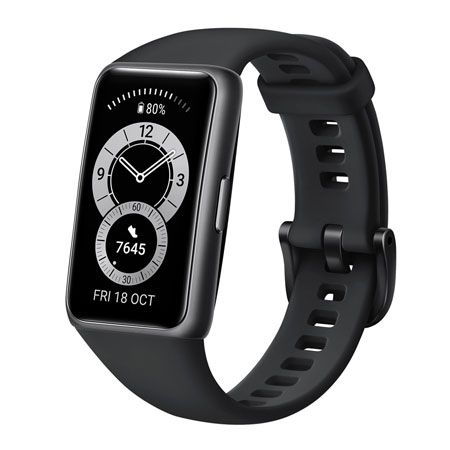 The band type is characterized by a silhouette that literally looks like the main body is embedded in the band. Such band types are often treated as active trackers that acquire user information rather than smart watches that display information, and Huawei’s “Band” series was just such a product. However, the latest work “Band 6” has evolved into a shape similar to “HUAWEI Watch Fit” by installing a large 1.47 inch display. It has become a model suitable for calling it a smart watch. Although it is larger, it weighs only about 18g and is quite lightweight. The characteristic of the “Band” series, which is good footwork, is firmly inherited.

“Band 6” which can be said to be a compact and lightweight version of “HUAWEI Watch Fit”. Actually, it is not so different from “HUAWEI Watch Fit” in terms of functionality. In terms of hardware, the biggest difference is that GPS is omitted except for the size. However, since “Band 6” can utilize the GPS data of the smartphone, it is possible to record the movement route of running and walking firmly. In other words, for those who always carry a smartphone, it can be said that not having a built-in GPS is not a major disadvantage. Rather, it can be said that it is a bargain price because you can buy the same functions as “HUAWEI Watch Fit” such as battery life for 2 weeks, blood oxygen level measurement, 96 kinds of workout menu at half price. prize.

▼ Model 4: This is enough. If you’re stoic and exercising, pick up the “HUAWEI Band 4e 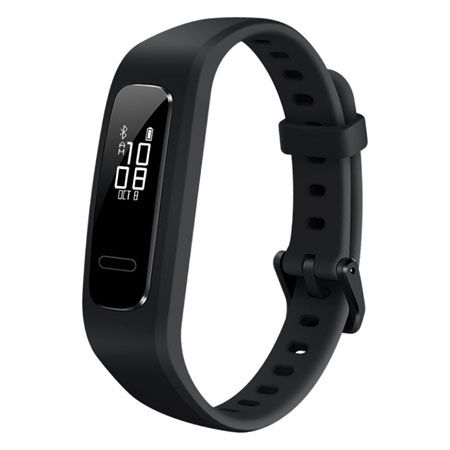 “HUAWEI Band 4e” is a unique model of the “Band” series with a novel concept. Unlike the “HUAWEI Band 6” that has evolved like a smart watch, this model, which should be a typical band type, has a shocking price that can be obtained at the actual price of 3,000 yen. It weighs only 17g and is light enough to forget that you are wearing it, so this is the most recommended for active tracker applications that keep watching users 24 hours a day. The battery life is 2 weeks like “Huawei”, so you don’t have to worry about troublesome charging. Although the screen is small, you can also use convenient smart functions such as smartphone messages, incoming call notifications, and alarms. 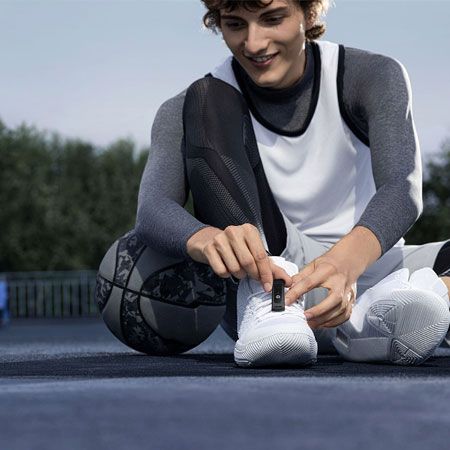 The biggest feature of “HUAWEI Band 4 e” is that the main body can be removed from the band and attached to shoes with a dedicated adjuster. In this form, you can measure cadence in cycling mode, and measure the number of jumps, vertical jump height, speed, etc. in basketball mode. Furthermore, in cycling mode, by using it at the same time as “HUAWEI Watch GT2”, it is possible to collect data that combines heartbeats. The “HUAWEI Band 4e”, which expands the possibilities of active trackers with a new concept, is a must-see item especially for those who like bicycles or basketball.