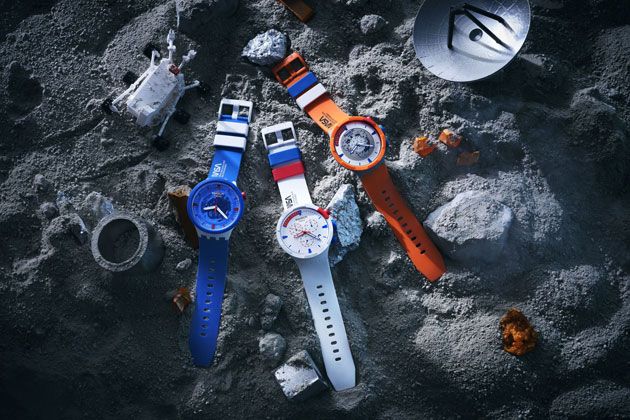 SpaceX, led by Elon Musk, is an unprecedented space boom, not to mention the first civilian space travel in human history. Although it is still far away, the sense of distance from space is compared to the first boom of the 1970s when the world was enthusiastic about the landing of Apollo 11 on the moon, such as the launch plan of a luxury space hotel by a US startup company. It also feels like it has shrunk dramatically.
Meanwhile, the news of the release of the timepiece, which seems to further boost the mood for space, was launched from Bienne, Canton of Bern, northwestern Switzerland. The brand is “Swatch” that fascinates us with a novel tag every time. This new work, which was realized in collaboration with NASA, was straightly named “Space Collection”. This is an ambitious work that has been incorporated into a design timepiece inspired by the space suit worn by NASA astronauts. In addition, with the meaning of celebrating NASA, which has a passion to open up a new world and continues to innovate, we adopted bioceramic developed by “Swatch” as a sustainable new material that will carry the next generation. With a spacey look, the timepiece is packed with romance for space and technology that will lead the next generation. 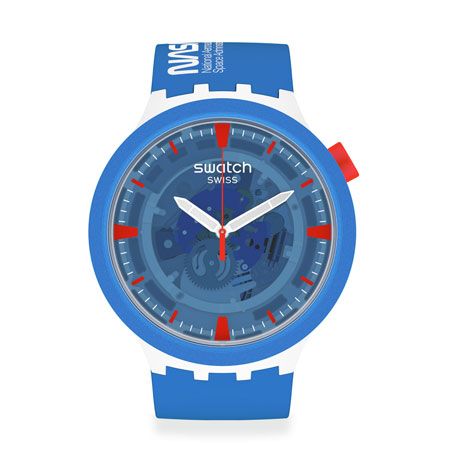 Let’s take a look at the main models of the collection. First of all, “BIG BOLD CHRONO EXTRAVE HICULAR”, whose pure white case is eye-catching, is based on the white space suit worn by NASA astronauts Story Musgrave and Donald Peterson for the first time in 1983. increase. By the way, the white spacesuit was developed to block the radiation of the sun and protect the aviators. The highlight is the belt on the hour marker at 10-12 o’clock. In the image of a launch countdown, the last 10 seconds are shown in a red color scheme. On the other hand, “BIG BOLD CHRONO LAUNCH” uses bright orange. This is inspired by the Advanced Crew Escape Suit worn by astronauts as they ascend into space with a launch vehicle. The dial of this model also has a color scheme that is conscious of the countdown. The design of “BIG BOLD JUMP SUIT”, which features a blue color scheme, is based on the jumpsuit worn by astronauts during press conferences and work inside NASA facilities. The bioceramics mentioned at the beginning are used for the case materials of these three models. A new material made up of two-thirds ceramic and the other one-third bio-derived plastic, it’s elastic while having a silky feel that gives it a comfortable fit. 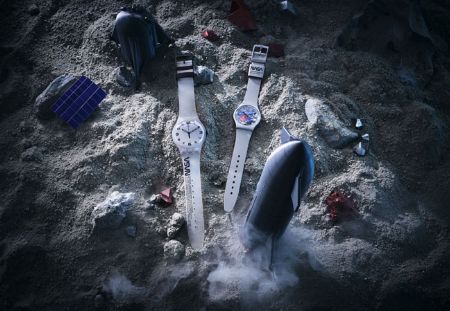 In fact, this is not the first “encounter” between the brand “Swatch” and the universe. When Swiss astronaut Claude Nicollier boarded the Space Shuttle Columbia in 1996, he wore the company’s timepiece called “Swatch Access To Space SKZ100” and engaged in the mission of releasing artificial satellites in Italy. was doing. By the way, in the “Space Collection”, in addition to the skeleton model “TAKE ME TO THE MOON GENT” 10,450 yen (tax included), which has an internal mechanism depicting celestial bodies, the white dial is the same color as the case. “SPACE RACE NEW GEN'” with a Miller effect added to the lineup for 12,100 yen (tax included). In addition, a limited set limited to stores will be available at the new store, Swatch Store Harajuku, which will open on June 16th (Wednesday). It’s worth visiting the shop to check it out, and the store-limited set has the potential to be a battle. It may be wise to start the countdown to the store opening.