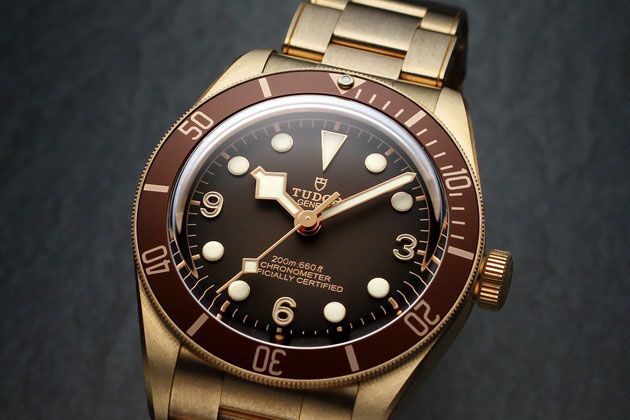 The idea of ​​”Rolex’s younger brother” is old. “Tudor” is a unique path in terms of design and technology. “Black Bay” is a flagship model that reflects the current state of the brand.

“Tudor” is rapidly increasing in popularity. The name of the leading actor is “Black Bay” 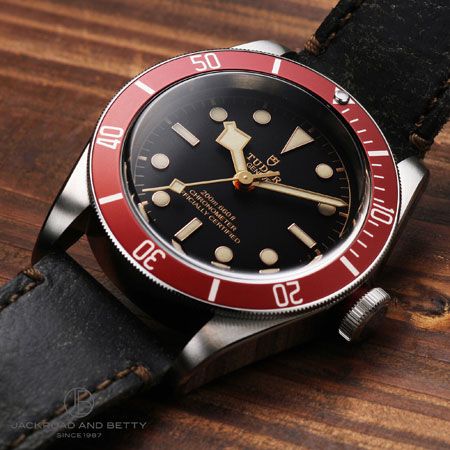 When anticipating “a watch brand whose premiere is likely to accelerate in the future,” Tudor is one of the big favorites. Since the official rollout in Japan started in 2018, the popularity has risen and sold-out models have continued to appear. The roots of such “Tudor” are the dufusion brand of “Rolex” established in 1926, and the name and the rose logo are derived from the famous British family who produced Queen Elizabeth. While using the technology and parts of “Rolex”, the brand that realized an affordable price gained popularity mainly in the United Kingdom, and as a result, it also led to raising the status of “Rolex”. 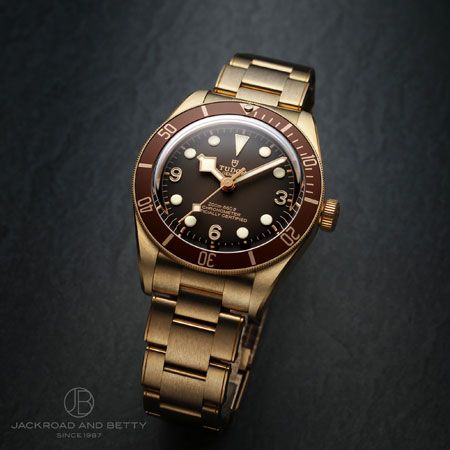 Previously, “Tudor” had a strong image of “Rolex’s younger brother”, but in recent years, it has taken its own path in terms of design and technology. “Heritage Black Bay” or “Black Bay” that appeared in 2012 is a symbol of such a new “Tudor”. Although based on the “Submariner” of the old “Rolex”, the first model equipped with a number of brand-specific parts was a big hit. Since then, it has rapidly grown into a popular model that attracts attention every time a new work such as a model equipped with an in-house movement, bronze, all black, etc. appears! I definitely want to add one to the collection before it becomes even more difficult to obtain.

Not just a reprint. “Black Bay” sublimated to the supreme divers 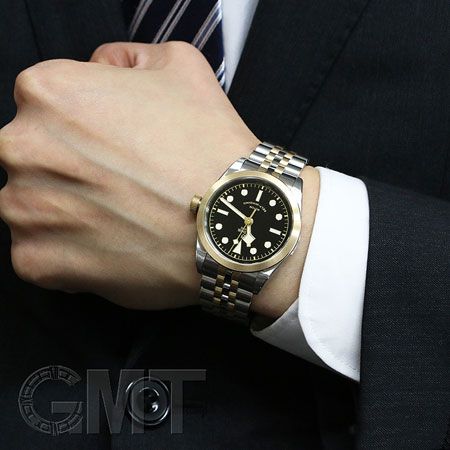 Introduced in 2012, “Black Bay” is a flagship model that embodies the “present” of the brand “Tudor”. The first generation “Ref.79220” is a diver’s watch based on the “Submariner” of the 1970s owned by “Rolex”. The bright red bezel and the snowflake hands called “squid hands” also attracted attention, but the rose motif on the dial was especially eye-catching to watch fans. This was seen in antique models before 1969, and since then shield motifs have been used. Many watch fans will be excited about the resurrection of Tudor Rose.

By the way, there is also a model called “Peragos” that was released in the same year as “Black Bay” and has a similar appearance. The model that inherits the history of “Tudor”, which has supplied watches to the navy around the world, is a brand-specific diver’s watch with a titanium case, bezel and belt. We are proud of the specifications that pursue the functionality as a diving watch, such as a bracelet with an automatic adjustment function according to water pressure. If you like the orthodox design of “Tudor”, you can choose “Black Bay”, and if you want to emphasize the functionality of a diver’s watch, you can choose “Peragos”.

A variety of faces. Know the “Black Bay” lineup

Only nine years after its debut, “Black Bay (Heritage Black Bay)” has been released one after another with new models. We have a wide variety of variations to meet the wide range of tastes of watch fans, such as GMT, chronograph, and 32mm that can be used in unisex. With more and more premier models, including “Heritage Black Bay Fifty-Eight,” it’s wise to get the one you’re looking for as soon as possible. 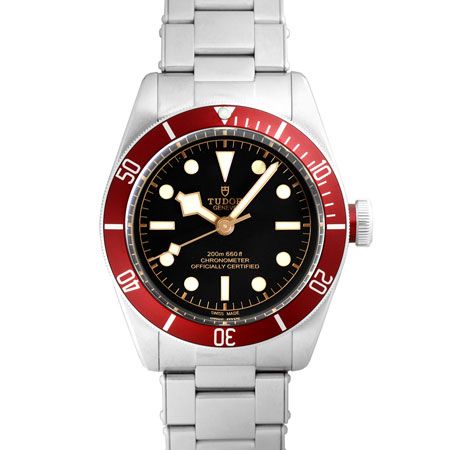 The first model “Ref.79220” of “Black Bay” that debuted in 2012, is a particularly rare model among its evolved versions. In addition to the trademark red anti-reverse bezel, the dial with a combination of gold color and black creates a vintage feel. The on-board movement is the proprietary MT 5602, a COSC chronometer-certified high-spec movement with a 70-hour power reserve. SS (stainless steel) case, size 41 mm, self-winding. 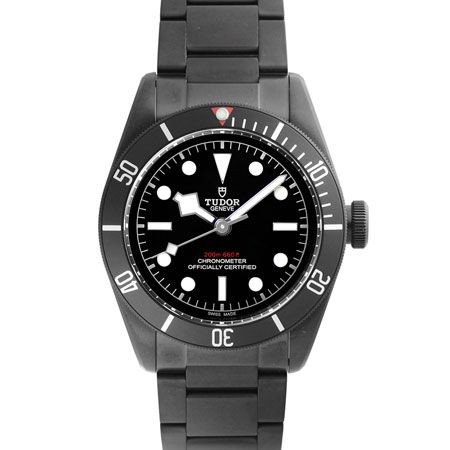 A cool arrangement of the signboard model “Ref.79230”. Including the case and bracelet with black PVD coating, the matte black finish anti-reverse bezel with red top and the matte finish black dial enhance the fearless image. It is also famous as a model worn by the New Zealand rugby powerhouse team “All Blacks”. Equipped with MT5602, a movement made in-house. SS case, size 41 mm, self-winding. 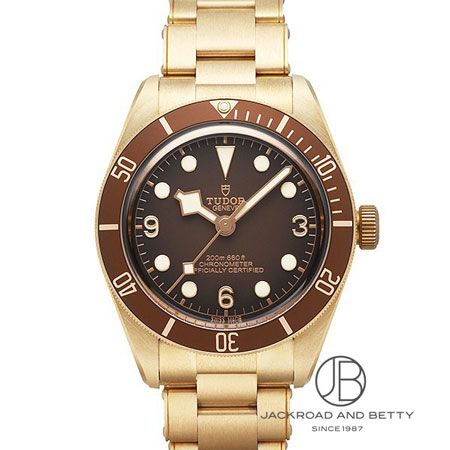 The most popular model in “Black Bay”, “Fifty-Eight”. Including the 39mm case that was popular in the 1950s, this is one that inherits the beauty of the so-called “Big Crown” “Ref.7924” that appeared in 1958. The bronze version released this year uses the bronze x aluminum alloy that was once used for the corrosion resistant parts of Navy ships. The tasteful colors and changes over time are also highlights. Bronze case, size 39 mm, self-winding. 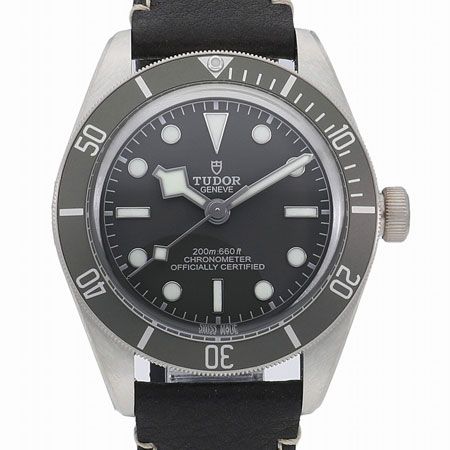 A variation of the “Fifty-Eight” material that uses the brand’s first silver case. The silver 925 used is a material that does not easily change over time, and has a luxurious texture that is a bit different from SS. In addition, the gentle gray color called taupe used for the dial and bezel creates an elegant mood. The case back is a see-through specification that allows you to appreciate the movement. Silver case, size 39 mm, self-winding. 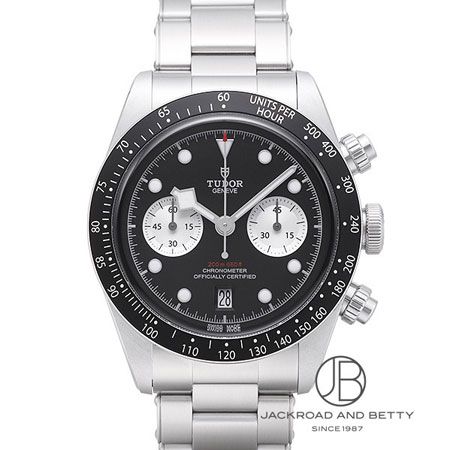 This year marks the 50th anniversary of the birth of the first Tudor chronograph. The chronograph released in the milestone year is designed according to the brand’s tradition of snowflake hands called “squid hands”, a second in-dial side by side, and a date function at 6 o’clock. It also features high visibility created by the contrast between the matte black and white indial. Equipped with MT5813, an in-house movement with a reputation for practicality such as a 70-hour power reserve. SS case, size 41 mm, self-winding. 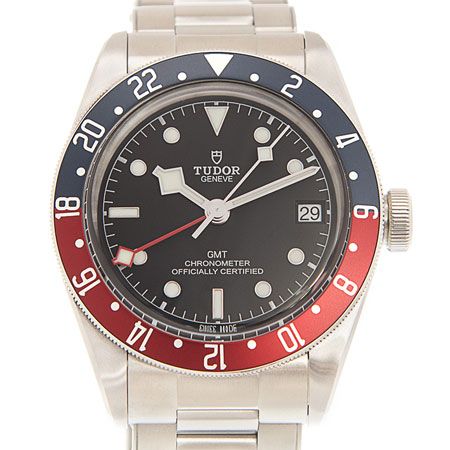 The popular model of “Black Bay”, which has been difficult to obtain immediately after its appearance in 2018, is equipped with a GMT function that allows you to know the local time and the time in two time zones. The crown with a rose motif on the top, the navy x red aluminum bezel, and the rivet bracelet seen in the 1950s and 1960s create a retro mood. The movement is an in-house MT5652 boasting a power reserve of 70 hours. SS case, size 41 mm, self-winding. 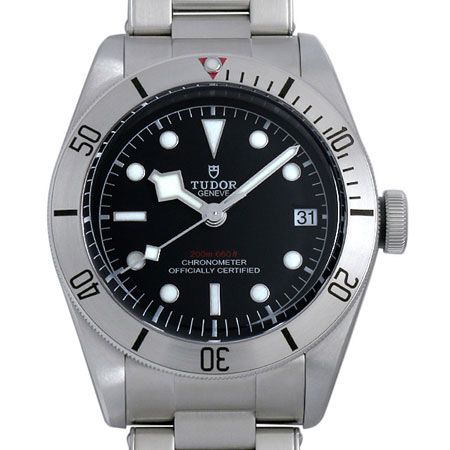 Add favoritesHere is one model change of “Ref.79220” which is the first model of “Black Bay”. The main update points are the large crown top with rose engraving, the calendar at 3 o’clock, the stainless steel bezel, and the red waterproof performance notation, including the shield logo on the dial. In addition, the bracelet has also been changed to rivet specifications that bring out a vintage taste. Equipped with MT5612, a movement made in-house. SS case, size 41 mm, self-winding. 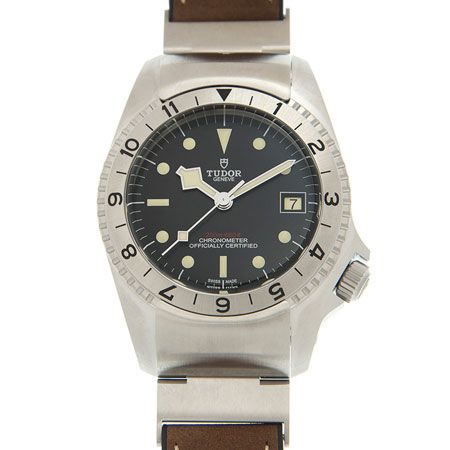 “Tudor” has a history of delivering divers’ watches to the US Navy since the 1950s. The “PT01” is a favorite model inspired by the military proto model developed in the late 1960s. It features a large 42mm case, a 12-hour bezel, a crown at 4 o’clock, and a strap with an integrated lug and bezel lock. Equipped with a leather belt with a texture that matches the rough casual style. SS case, size 42 mm, self-winding. 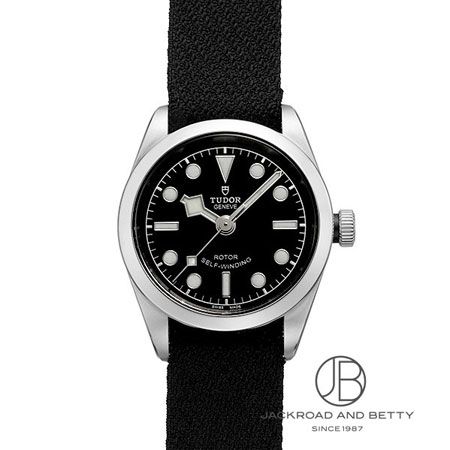 The simple design that omits the 32mm case and the rotating bezel that have been downsized to ladies’ specifications is the key. With the help of a polished and satin-finished steel case and a glossy black dial, it looks great in a formal suit style. In addition, the sapphire crystal windshield adopts a flat type windshield, which is rare in “Black Bay” where the dome type is the mainstream. It plays a role in creating a modern image. SS case, size 32 mm, self-winding. 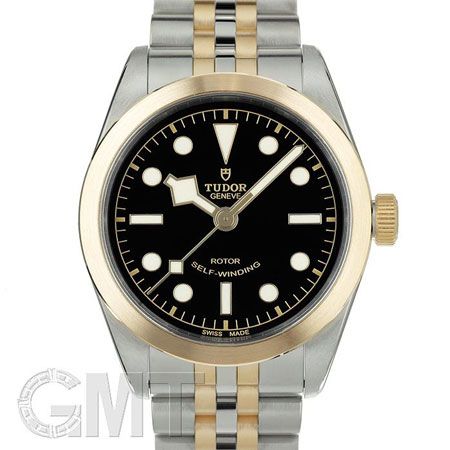 It is a popular model that exudes the sex appeal of adults, such as the combination of stainless steel and yellow gold, which is also the origin of the model name “S & G”, and the Tudor Rose that emerges on the black dial. The omission of the rotating bezel enhances the elegant image and emphasizes the presence of the iconic snowflake hands and crown. The 36mm case that creates a neat arm is also a point. SS x yellow gold case, size 36 mm, self-winding.