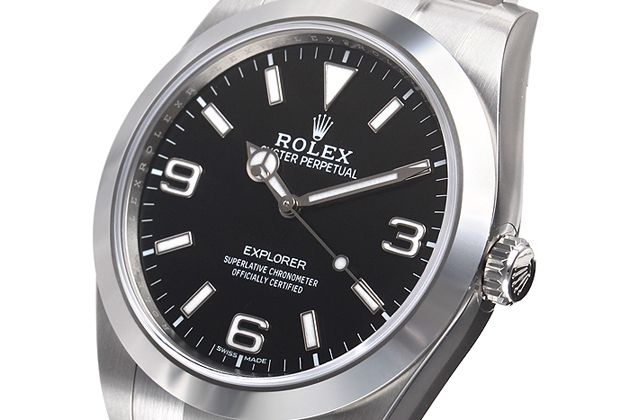 “Explorer” has a long history and is very popular among “Rolex”. The model, which has been endorsed by adventurers, is full of dreams and romance for men.

For beginners of “Rolex”. What you need to know about “Explorer” 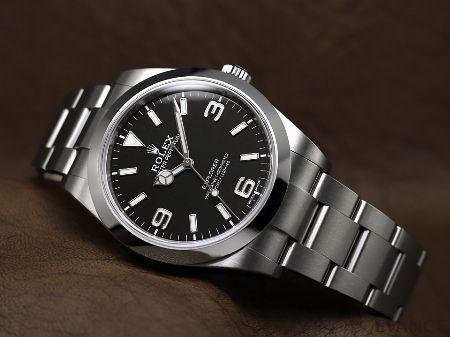 In the luxury sports watch area, which is gaining momentum these days, there are many people who are considering purchasing “Rolex” as the top candidate. Speaking of “Explorer” in such a brand, it is famous as a watch born to support adventurers. It’s not as good as the premium feeling of “Daytona” or “Submariner”, but its simple and clean style is supported by a wide range of people.

It is rare to see new models at regular stores, and in recent years the popularity of sports models has increased, not only the orthodox “Explorer I” but also the “Explorer II” which was once ridiculed as an unpopular model. Is also rising in popularity. There is no doubt that this tendency will increase in the future, so if you are worried, an early decision is a good idea.

Since the 1930s, Rolex has proved the high performance of Oyster watches while supporting all fields such as sports, aviation, motor racing and exploration. Above all, the climb to Everest was a long-cherished wish, and the members of the Himalayan expedition who aimed to reach the summit in 1933 also wrapped “Rolex” around their arms.

And 1953. Finally, Sir Edmund Hillary succeeds in climbing the summit for the first time in humankind. It is a well-known story among watch fans that Sherpa Tenzing Norgay, who accompanied him, used “Rolex”. And the watch developed based on the feedback gained from that valuable experience is the “Explorer”. It’s a watch that deserves the name of an explorer. 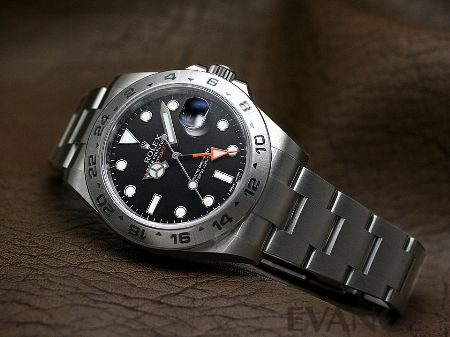 Climbing Everest, the highest mountain in the world, is a feat that remains in human history. As soon as it became news all over the world, the name “Rolex” became known all at once, and “Explorer” became widely popular not only for many explorers but also for the general public.

Then, when the momentum had subsided, “Explorer II” was introduced in 1971 for cave exploration. Unfortunately, at that time, all mechanical watch makers were sluggish due to the quartz shock. It is called an unpopular model because the number on the market is overwhelmingly small. However, in recent years when sports models are becoming more popular, on the contrary, their rarity is fortunate and their reputation is increasing in the antique market.

The overwhelming toughness of “Explorer” stirs the adventurous spirit 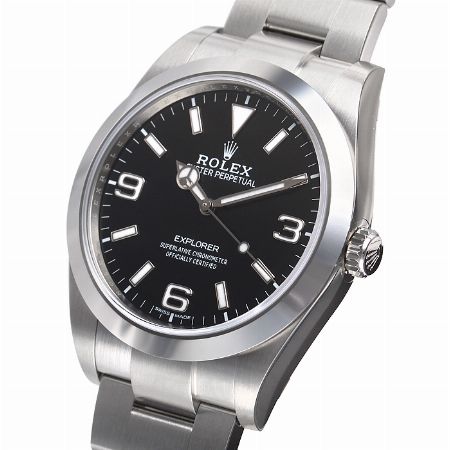 What the two “Explorers” have in common is their overwhelming toughness that keeps ticking even in extreme conditions. Oyster steel used in the case makes this possible. This is a highly durable stainless steel that is also used in the high-tech industry such as the space industry, and is a higher quality material than that used in general luxury watches.

And the twin lock crown that enhances waterproofness. This is one of the crowns used in the Oyster case, which is a screw-down crown for waterproofing. Nowadays, it is commonly installed in many watches, but what was first realized in the 1950s is probably the technology of “Rolex”.

“Explorer I” specializing in visibility with dials 3, 6 and 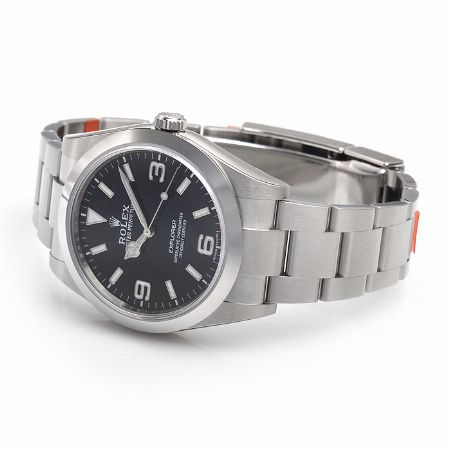 The feature of “Explorer I” is the high visibility realized by eliminating the calendar function. The dial design with large numbers 3, 6 and 9 makes it possible to instantly recognize the time even though it is iconic. It’s an optimal solution derived from the feedback of explorers who actually use it in harsh fields, and that’s why it’s no exaggeration to say that this 369 dial is full of man’s dreams and romance. By the way, the dial was used in some “Submariners” in the 1950s and 1960s.

Cartier Santos. The utmost respect for the completed “watch wrapped around the wrist” | Men’s Fa …
Do you know Jack Wolfskin? What is the power of a German-born outdoor brand?
From the city to the house, it’s warm and warm. Carefully selected fashionable gems that adults want to wear | Men’s wear …
Alocasia with the classic popular Alocasia odora and individuality. Let’s grow it well and decorate it fashionably | …
The 4th edition of Babour x Sai x United Arrows. 2WAY Ja that can be worn seasonless … 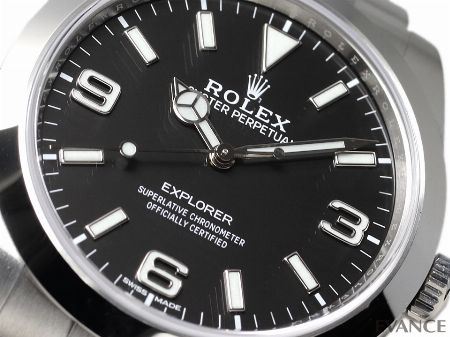 The tight style of the black dial is also contrasting, creating a sporty atmosphere. Although improvements have been made since the first generation, the combination of the 3/6/9 design and the black dial has not changed. 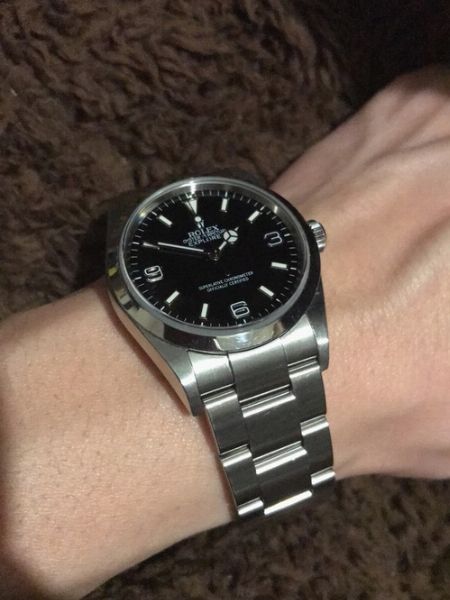 As an aside, the case diameter of the current model is 39 mm. In an era when 40 mm or more is commonplace for sports models, it is also attractive that the “Explorer I” has a size that fits perfectly on the Japanese arm. Therefore, even if you look through the cuffs of the suit, it doesn’t feel strange, and it can be said that the compatibility is perfect. The reason why it is so popular is that it can be worn in various scenes regardless of whether it is on or off.

Evolved to be sportier. “Explorer II” with enhanced functionality 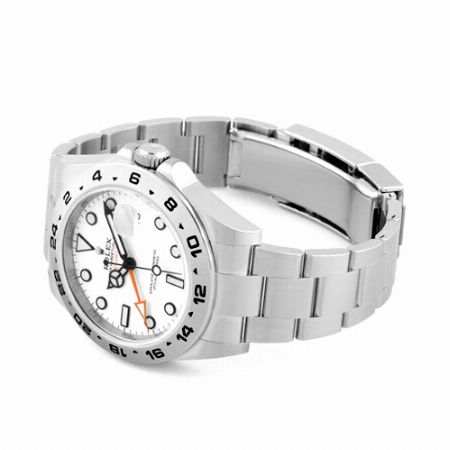 As mentioned above, “Explorer II” is a wristwatch for cave exploration. It is a big feature that you can distinguish between morning and afternoon so that you can keep a sense of time even in polar regions where you can not distinguish between day and night. This is made possible by the orange 24-hour hand (literally a hand that makes one round in 24 hours) and the bezel with a 24-hour scale. Another point is that the crown guard is used to improve durability in order to protect the watch in a narrow cave.

Furthermore, the short hand can be operated independently, and it is also possible to display the second time zone in consideration of the time difference. Since it also has a date display, it should be a particularly attractive model for business travelers who travel a lot overseas. The current “Explorer II” has two types, a white dial and a black dial. Which do you prefer? 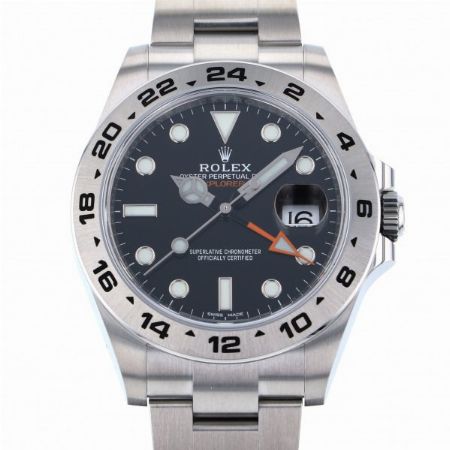 The 4th generation “Explorer II” that appeared in 2011 has a powerful size with a case diameter of 42 mm. It is packed with the latest features of the current “Rolex”, such as a beard fern made of parachrome with excellent magnetic resistance and a paraflex mechanism that improves earthquake resistance. This black dial has a more fearless image. 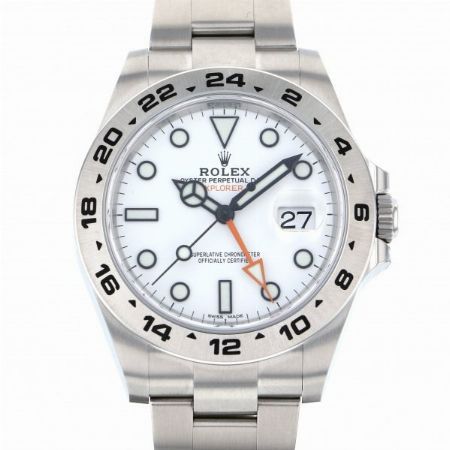 This is also the current model “Explorer II”. It was also talked about by adopting an orange 24-hour hand that is reminiscent of the first model. Therefore, the white dial with orange hands is very popular, and in fact, the white dial is mainly introduced on the official website of “Rolex”.